Home IIoT/M2M IoT Shows Its Worth To Businesses

The Internet of Things (IoT) can be used for a diverse set of tasks, including opening up new business models. A recent Forrester report explores how businesses are embracing IoT.

The Internet of Things (IoT) encompasses so many different aspects of technology that it defies easy explanation. To achieve some measure of clarity, research consultancy Forrester in a recent report advises businesses to focus on specific use cases that relate to their strategy and goals.

IoT can be thought of as the inverse of augmented reality. AR maps digital information onto a visual representation of the real world. IoT makes real world metrics available to digital systems. The Internet of Things enables the measurement of real world events, measurement that can be used to improve business operations.

The potential uses for IoT systems are diverse. At the World Economic Forum in Davos, Switzerland, according to Bloomberg, Doug McMillon, president and CEO of Walmart Stores, talked about IoT as a tool to combat climate change. For German dairy farmer Steffen Hake, IoT meansconnected cows. He uses SCR Dairy’s Heatime tags to monitor the fertility and health of his livestock. 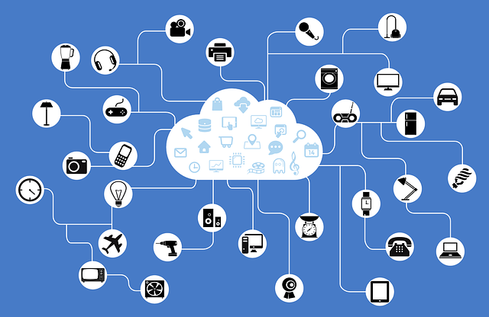 Sensors allow companies to enhance the way customers experience their products, to monitor the performance of machinery and predict maintenance needs, to manage product utilization and personnel allocation, to enhance security, and to address regulatory requirements.

But there’s more to IoT than turning physical things into digital instruments. IoT can open up new business models. As an example, Forrester points to Kaeser Compressors, which by adding sensors to its industrial air compressors has been able to offer compressed-air-as-a-service to customers who prefer not to maintain their own machinery.

For businesses, such measurement can help optimize costs, if properly implemented. Take the case of marine product distributor Land ‘N’ Sea. According to Forrester, the firm uses Navman Wireless fleet tracking system to monitor its fleet of delivery trucks and its warehouses. By identifying the most efficient delivery routes and optimizing the timing of pickups and deliveries, Land ‘N’ Sea cut its monthly fuel bill by $14,000 and its overtime costs by $2,000 per week.

Enterprises have caught on to the potential value of IoT already, while smaller companies show similar levels of interest but less progress in terms of implementation. Among 1,755 enterprise decision makers surveyed last year by Forrester, 23% said their firms were already using IoT applications while 29% said they were planning to do so. Among 1,582 SMB decision makers, 14% said they were using IoT applications and 26% expressed the intent to do so.

While there’s clearly growing interest in IoT, it’s equally evident why many firms have moved with caution. Integration with traditional infrastructure and operations can be a challenge due to lack of standards. “There is nothing like the market norms and industry standards of data center, PC, or mobile device technology,” Forrester’s report explains. “And it’s not getting better soon.”

The same can be said about IoT security. When security is only as strong as the weakest link in the chain, increasing the size of the chain just adds more points of potential failure. Among the business leaders surveyed by Forrester, the top concern was security (34%), followed by deployment cost (30%), and integration challenges (28%).

Researchers at Princeton’s Center for Information Technology Policy recently looked at several popular consumer IoT devices for smart home applications and found them wanting. An IoT report from HP Enterprise last year is similarly grim (unless, like HP, you happen to be in the security business). Enterprise customers may be able to expect a bit more security out of the box, but it wouldn’t be wise to assume any IoT device is secure. So, proceed with caution.