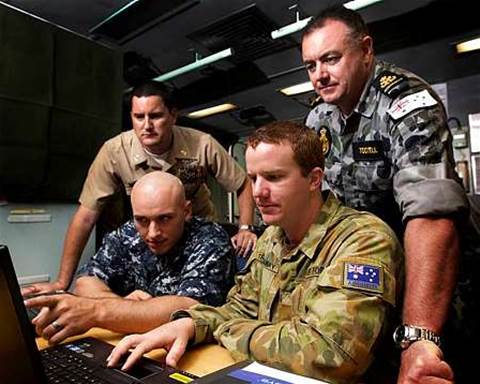 ERP IBM- IBM and Accenture are battling it out for the coveted role of systems integrator in the billion-dollar transformation of the Department of Defence’s ERP ahead of a final selection later this year.

iTnews can reveal the pair are locked in a protracted procurement process for the SAP-based replacement project that first kicked off more than three years ago.

It follows second pass approval last June for what is considered the government’s largest ERP implementation, likely to cost upwards of $1 billion to complete over eight years.

The project, previously known as Defence Insight, will see the department rationalise the more than 500 applications currently used to govern its finance, logistics, procurement, engineering, maintenance and estate functions.

It is expected to see Defence ditch 90 percent of its existing ERP applications to help the One Defence business model after the 2015 First Principles Review called for consolidation of the information management environment.

The department opened bidding in May 2016 for two systems integrators to help it move to SAP’s Defense Forces and Public Security solution and S/4HANA cloud platform.

This was followed by a second market approach in the latter half of 2016 for strategic partners to take over the planning, vendor management, and change management aspects of the program.

Defence settled on KPMG and Ernst & Young as the strategic partners for the first stages of the program last year, while it waited for second pass approval.

Now with second pass approval granted, the department has whittled down the SI bids to Accenture and IBM.

The pair were shortlisted last November and, according to a spokesperson, are currently undertaking in a post tender submission offer definition and improvement activity (PTS ODIA) with the department.

PTS ODIA is a further stage of evaluation that it reserved for some of Defence’s most complex procurement processes.

Defence has signed two initial contracts with Accenture and IBM worth $550,000 to “cover a portion of the cost of participating in the PTS ODIA process”.

The contracts will run until the end of June and will result in the selection of a single SI for the project in the final three months of this year.