I Let an $800 Alexa Robot Creep Around My House Like a Tiny, Mechanical Zombie 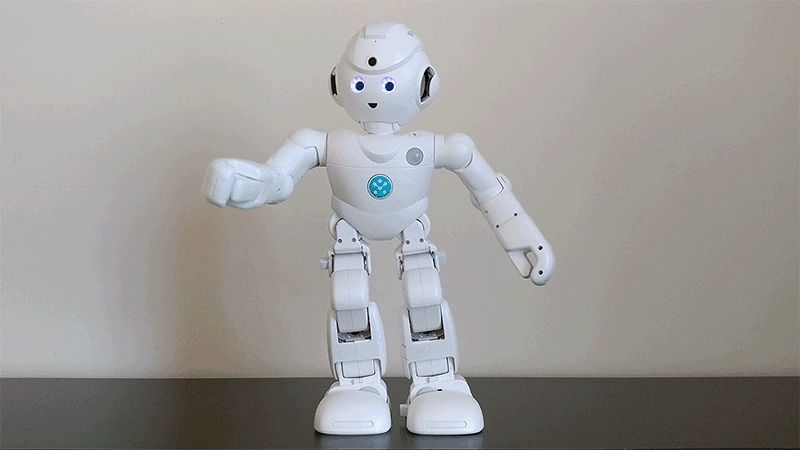 Have you ever fantasized about having the weather read to you every morning like it was a beautiful Shakespearean sonnet? That’s probably the best reason to choose UBTECH Robotics’ new Alexa-enabled Lynx robot over the Amazon Echo—that, or you’re very, very lonely.

Whether you’re interested in talking to Google’s Home platform, Microsoft’s Cortana, or Amazon’s Alexa, there’s already a lot of options for smart speakers. All of those assistants are now accessible through third-party devices, which is great because quite often a smart speaker does double-duty as a family’s stereo. But why limit a smart speaker to just responding to your demands and playing music?

That’s a question UBTECH is hoping to answer with Lynx: A 20-inch tall humanoid robot that relies on Alexa for at least part of its smarts. Did I mention it will cost you $800? For the price of having eight Amazon Echo speakers strewn about your home, you can instead have a tiny robot companion that can follow you around your house relaying sports scores, reading weather reports, streaming music, checking on your pets, and even teaching you basic yoga moves.

But first and foremost, UBTECH has been promoting Lynx’s Alexaintegration, so how does it work as a smart speaker? About as well as you’d expect a device that’s trying to be a jack of all trades. Once the robot is connected to your wi-fi and Amazon account via an accompanying app, you can start talking to it, with the robot indicating it’s listening and thinking using LED animations around its eyes that I quickly learned to decipher. However, depending on what I was asking, I did find the robot slightly slower to respond than Google Home and the other Alexa-enabled devices I use. Your own personal Short Circuit this is not.