How to change your mind book review (summary) | Michael Pollan 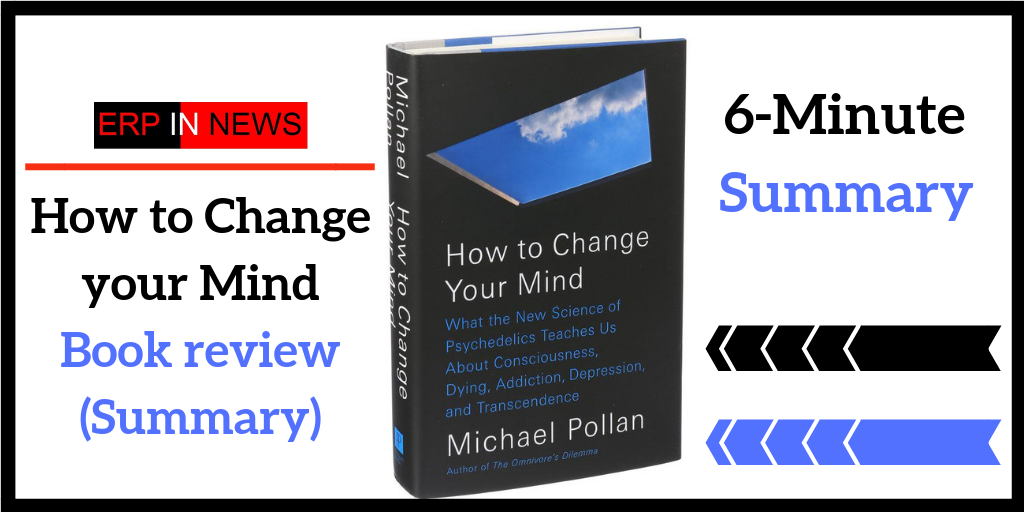 What’s in it for me? Go on a mind-expanding trip through the world of psychedelic drugs.

How to change your mind book review – Growing up, you probably heard oversimplified anti-drug messages like “Just say no,” “Users are losers,” or “Be smart, don’t start.” In all of these messages, any illegal drug was treated the same way, as dangerous, toxic and sure to lead you down a terrible path in life.

Finally, scientists and lawmakers are beginning to understand what some people have known all along, that not all drugs are the same. In the case of psychedelic drugs like LSD, “magic mushrooms” and the South American brew ayahuasca, they can even have genuine positive effects in helping people fight depression and break bad habits.

With these big changes happening in our attitudes toward certain drugs, author Michael Pollan decided to find out for himself what all the fuss was about. As you’ll see in the blinks ahead, Pollan had some revelatory experiences with psychedelic drugs, and he’s ready to tell you all about it.

In this article, you’ll find

Our perception of psychedelic drugs has changed as people understand that not all drugs are dangerous.

In 2006, the US Supreme Court made an important decision when it ruled in favor of a small religious sect known as UDV, short for União do Vegetal. The ruling allowed the group to import ayahuasca, a special tea-like brew that comes from South America and contains strong hallucinogenic properties. While some of the individual substances in ayahuasca are federally banned, the sect was given the legal right to import and use the brew as part of its sacred and traditional rituals.

We can now see this decision as part of a larger cultural shift in the United States’ attitude toward drugs.

The scientific perception of psychedelic drugs has also changed significantly, thanks in part to the neuroscientist Roland Griffiths, who is based out of the Johns Hopkins University School of Medicine.

In the summer of 2006, Griffiths published an eye-opening article that said psychedelic drugs could provide meaningful, mystical experiences that contribute to both spiritual and personal development.

Griffiths’ study was the first scientifically rigorous and placebo-controlled experiment to be conducted in the field since the 1960s. Griffiths focused primarily on psilocybin, the substance found in hallucinogenic mushrooms, and its beneficial effects on the human psyche.

Remarkably, the study received a warm reception by the press and was even endorsed by researchers like Herbert D. Kleber, who’d helped form the anti-drug policies of the first Bush administration. Kleber praised the study as promising and admired how thorough it had been.

This marked quite a dramatic shift in popular opinion. After all, psychedelic drugs had been considered dangerous and illegal since the late 1960s – even though this attitude was largely due to a relatively small amount of bad experiences people had after taking the drugs in uncontrolled environments.

But thanks in part to Griffiths’ published study, the public was starting to understand that there may be some drugs that aren’t necessarily dangerous or toxic.

Griffiths helped make a distinction between two types of drugs: the more widespread, hard drugs, such as cocaine and heroin, which are highly toxic and addictive; and the traditional psychedelic drugs, such as psilocybin, LSD and mescaline. If taken correctly, these drugs are not only safe, but they can also be psychologically and spiritually beneficial.

In the article ahead, we’ll take a closer look at these psychedelics and how the author suggests they should be handled.

Psychedelic substances can be found organically in nature, but it takes a specialist to identify them.

With all the attention given to the negative aspects of psychedelic drugs, like criminality and shady drug dealers, it’s easy to forget the origins of psychedelics.

While certain cultures have known about them for quite some time, it wasn’t until the 1950s that Westerners discovered that psychedelic substances are a natural part of certain mushrooms.

This first discovery was made in southern Mexico when Western travelers were introduced to mushrooms containing psilocybin. Of course, the region’s Mazatec Indian tribes had been using this psilocybin for centuries, as both a healing agent and in their spiritual rituals.

Soon afterward, in the late 1950s, Swiss chemist Albert Hoffman was the first to artificially synthesize psilocybin in his laboratory.