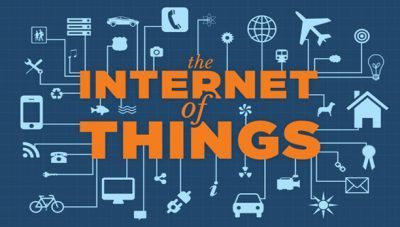 IoT Small Business-What exactly is the Internet of Things (IoT), I hear you ask? Simply put, it is the connection of a multitude of devices that connect to the internet and can be monitored or controlled by authorised users from any location that is connected to the internet.

It may seem like an extravagant development at first – to be able to switch on the heating of your home or your home AC as you drive home from work –  but when you realise what is becoming available and possible, then you realise what a powerful a tool you have at your disposal. You can also quickly appreciate how much more efficient you can become as an SME or a startup.

It is estimated that in 2015 some 15 billion devices were connected to the internet in some capacity, and this number could increase to around 30 billion in 2020 and maybe 75 billion devices in 2025. These numbers are significant enough to take seriously, especially as global spending in 2016 was estimated at over $730 billion and set to grow to around $1.2 trillion in 2020, and perhaps near $10 – $15 trillion by 2030 – the equivalent of China’s entire present economy!

Though IoT is going to open plethora of options for individuals as well as SMEs in making their lives easier, a constant concern is always there – security. Security of your networks as well as the devices that are connected to the internet is going to be more important than ever. So, what are some of the best practices you should follow to keep security threats at bay?

The first thing you want to know is that your internet traffic is secure and private because hacking and malware will be extremely expensive and damaging if your business becomes a victim of an attack.

A virtual private network (VPN) that is used for mobile phones and devices that control IoT applications for small businesses provides an excellent layer of privacy and security. In short, a VPN like NordVPN (full review) offers secure and encrypted tunnels between your device and the internet, with the effect that any internet service provider (ISP), government, agency or hacker monitoring your internet usage will only be able to pick up gibberish, and will not be able to see your internet traffic or know what location you are based at.

Ways that the IoT can benefit small businesses

Mobile phones have evolved into the perfect personal pocket-sized computing device, and every IoT application should be available to monitor and use on your average smartphone. It really is just a case of pulling out your phone, connecting to the closest wifi (which is more often than not free) and using your app for real-time monitoring and control. The mobile phone has changed the way we live over the last two decades and the Internet of Things is simply an extension of the whole concept of being able to control data and devices wherever you are in the world.