December 29, 1997, shall be remembered as the revolutionary date in the history of modern emails. On this day, the CEO of the tech-giant, Bill Gates sealed a deal of $400 million to buy up the only free email service back then, known as Hotmail. From this day till present, the web-based email service has seen a glorious development.

Now, let’s look back into ex-Apple the origin of the world’s first web-based email service. You might have guessed the situation of people without a free email service. Imagine the hefty expenses they had to bear to send a message over the internet! On the day of July 4, two ex-Apple employees, Jack Smith, and Sabeer Bhatia launched the first ever web-based email service, Hotmail. This symbolized “freedom” from ISP-based email and the opportunity for a user to access one’s inbox from anywhere in this world. The name was originally ‘HoTMaiL’ to emphasize the markup language used to create web pages, HTML. Initially, the free storage limit was only 2 MB! Microsoft had Hotmail integrated into its online service, MSN. Too many security issues, hefty sums paid for modifications and even changes in the brand name were done!

Even in its initial days, Hotmail registered over 8.5 million users. As years passed, the number rose exponentially! Basically, Hotmail was the stepping stone that laid the foundation to the era of free email services for the mass. Marco DeMello, currently the CEO of PSafe Technology, was then in charge of managing the integration of Hotmail with the online service of Microsoft, MSN. He was basically hired to creating a free web-based email service that could be easily accessed and utilized by everyone around the world!

Considering the scenario way back in 1996, Web was still under development mode! If there were any personal Internet access, they were limited to dial services mainly such as AOL, MSN, etc. Only the rich had early access to ISDN connections for high-speed internet. But, there were competitors to Hotmail, who offered web-based email offerings based on ISP, namely Lotus and RocketMail (now Yahoo! Mail ). All these free email service providers were backed by advertising companies. By the end of the year 1997, Hotmail was successful in attraction over 8.5 million active users!

DeMello was the person of the executive body of Microsoft to recommend Bill Gates to buy an existing email service rather than building on its own, given the limited time within which they had to conquer the email world. DeMello recalls Bill signing off a check of $450 million at the end of the meeting and allotting him the responsibility of bringing Hotmail to the service of Microsoft.

The task wasn’t easy and alluring! The task needed an integration of Unix on the front-end along with Sun Solaris on the back-end on to the Windows servers. At that time, Windows servers weren’t fully developed for this kind of task. DeMello remembers the stuff that needed monitoring ranging from security to memory management and at any point, they weren’t confident enough to migrate the code to Windows. Another trouble was Sun CEO Scott McNealy trolling Microsoft’s server operating system! 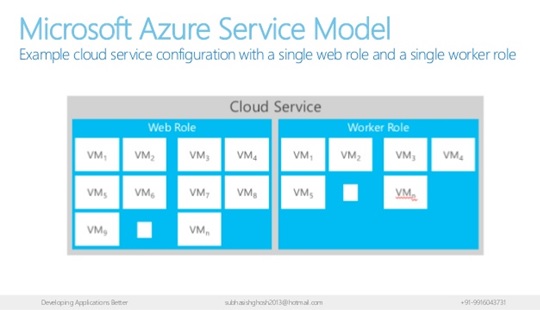 The decision to develop on Windows 2000 server took almost 3 years of time! DeMello teamed up with Dave Cutler (Windows NT architect Dave) to work initially upon the scalability piece, that comprised of the networking and TCP stack and memory management, Internet Information Server, and also the execution process of accessing local folders. Gradually, the work got smooth and accomplish able!

As per the agreement, the Hotmail team continued helping the Microsoft server-development team until the complete development of IIS, Windows’ Web and Internet services. The bet was if they could pass the Hotmail test successfully. This situation of Hotmail taught Microsoft that it’s always better to build your own stuff in order to avoid such future troubles!

Even after they could successfully migrate to Windows Web servers, the back end database servers and storage of Hotmail couldn’t be migrated to Windows Server and SQL server respectively until the year 2004. The migration process slowed down as there was a limit on the speed at which accounts could be moved across data centers.

The first new version of Hotmail was released weeks within the acquisition and the next ‘98 Hotmail needed some moderation due to some trouble in protocols. The reason for this trouble was that Hotmail was based on the default exchange interface protocol named MAPI which used to be the heaviest TCP/IP protocol. To avoid issues, they had to migrate straight to WebDAV.

Needless to say, you all know the value experience holds! As for the case of Microsoft, it took almost 3 years to migrate from Solaris to Windows but the process wasn’t completely hassle-free. Serving so many active users (in millions) meant developing data servers that could handle such high amounts of storage and user commands! And the era was 1990s when you needed to pay a hefty sum for a few GB of memory. So, the cost of hard drives added quite much to the infrastructure cost.

All the trouble didn’t just end here! The biggest security break occurred to Windows in 1999. Over 50 million Hotmail accounts were under the grave threat of hack where any Hotmail account could easily be accessed just by entering the password: ‘eh’ ! Imagine the heat of the situation! Hackers claimed to have access to accounts via the bug for nearly two months! It was believed to be some backdoor left by Hotmail developers.

After this case, Hotmail confronted its users and made them believe they ensure security and privacy first of all. After the security breach of 1999, Microsoft tried its best to protect its user account credentials and enforced strict password policies. Additionally, they instructed its users to protect their passwords and not to share confidential and security info over the email. Hotmail implemented Secure HTTP (HTTPS) along with SSL encryption in order to protect its users’ data and set the algorithm of password setting to complex. The CPUs running the servers were also upgraded. 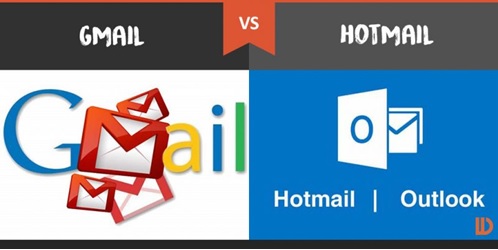 Now every new idea tends to face stiff competition. Hotmail faced competition from Gmail and Yahoo together. To stand the competition, Hotmail introduced some new but weird ideas which didn’t go well with its users. In 2005, Microsoft renamed Hotmail as renamed Windows Live Mail. But, this left users more at a confusion rather than a surface causing Microsoft to revert back to originality. The front-end systems for Hotmail were rewritten in C# and ASP.NET code, making Hotmail more of a Microsoft product inclined towards the Office 365 platform.

Now that Hotmail is officially done with, and we have the better and updated version of it, Outlook.com; the entire web mail service has become quite a lot easier. Do you have an Outlook.com account? Hope you liked the article! Feel free to comment your views below!