How has COVID-19 Impacted Teens, the Pros and Cons 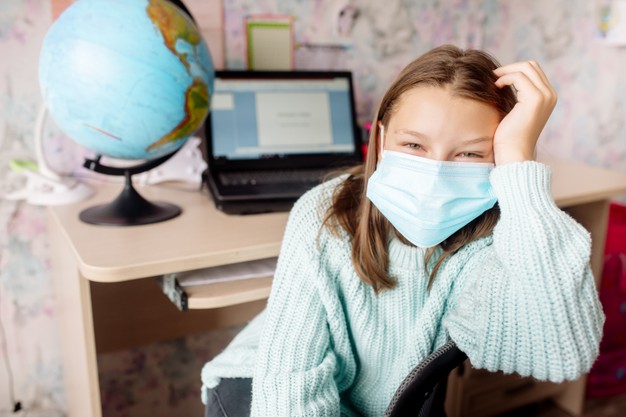 The spread of COVID has been pervasive. It has led to closures of business and schools and has changed the dynamic of how teens generally live their daily lives. In the spring of 2020, the normal activities US teens experienced was shattered. Proms and graduations were canceled. Parties and get-togethers were upended. Concerts and sporting events were postponed which all led to a new and potentially lonely existence. There are several issues teens needed to face. Many of these dealt with the mental anxiety associated with a new routine. While most of these issues were difficult on teens, there are a few benefits that the new normal created. These benefits include amazing new technologies that have allowed teens to attend schools and socially interact without risking further spread of COVID-19.

Attending high school and university are the hallmarks of your teenage years for many teens throughout the globe. The spread of COVID-19 in the United States changed the dynamic of how teens attend school and created a new dynamic that had pros and cons. Virtual education became more the norm in 2020. Students in the spring were sent home, as schools quickly tried to acclimate to a new educational environment. During the early fall of 2020, students across the country were faced with the choice of whether they should attend university in person or virtually.

Virtual education had several advantages over in-person education. At many schools across the United States in person, education became more of a burden than a blessing. Students were separated and in many cases experienced a lack of socialization. Lunchrooms and meeting areas were closed down and teens were monitored to make sure there was little to no interaction. At many universities across the United States, teens were asked to remain apart. Plenty of schools made attendants sign a code of conduct where they could be punished if they were caught fraternizing. At one of the most prominent schools in the United States, several students were suspended and hundreds were written up for violations. The scare tactics employed were to make teens safe, but it had the impact of making the educational experience unpleasant.

Many schools when to a hybrid model which had several pros and cons. Teens who liked taking classes in bed, and roaming around their home while learning, benefited from the new hybrid experience. In several cases, the hybrid model meant that teens only attended physical school a couple of days a week. Remote learning became commonplace, for both students and teachers. The learning experienced relied heavily on technology which appears to have made significant advances in a short time.

The teen years can also be a difficult time for young people. Learnings how to interact and avoid conflict is not an easy task. First romances also take place during these years, and dating virtually at a young age is less than optimal. For those who were afraid of being left out and not invited to parties, the pandemic helped eliminate this issue. Additionally, exclusive clubs at universities are seeing that interacting is not easy during a pandemic. Fraternities and sororities are unable to rush recruits changing the dynamic at universities across the United States. Duke University has changed to a residential community system similar to the system used at Yale and Rice University. This system eliminates the need for fraternities and sororities and helps teens acclimate to a new college life.

​​​​Social distancing which is used to slow the spread of COVID-19 can be especially hard for teens. Many of them feel cut off from their friends. Many also face big letdowns as graduations, proms, sports seasons, college visits are canceled or postponed. Fortunately, many teens are adept at using social media and technology helping them stay connected.

Some of the more prominent apps have helped teens remain connected as well as continue their education. Products such as Zoom, Teams (Microsoft app), Facebook, Slack (purchased by Salesforce.com), have seen their share prices rise on the stock market. While the stay at home trade will not last forever, many of the products created by these companies have brought forward a future where teens to learn how to interact without direct social contact.

While these products cannot replace landmark events like proms, dances, graduations, and dating, they can provide a way for teens to socialize and stem the tide until a vaccine is ready to help countries around the globe get back to normal.