How do you turn your tech start-up into a global giant? 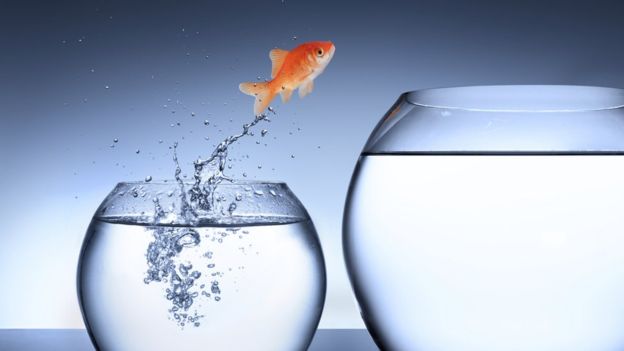 How do you turn your tech start-up into a global giant?

Launching your own tech start-up propelled by dreams of becoming a paper billionaire is undoubtedly exciting – and relatively easy these days.

But turning your “killer app” or web service into a global giant attracting millions of users and stratospheric valuations is much more difficult.

Yes, we’ve had the likes of Google, Facebook, Airbnb, Uber, and Spotify, but the reality is that 90% of all early stage businesses fail, whether through lack of investment, customers or sales.

There are just 143 tech “unicorns” worldwide, according to research company CB Insights – defined as privately held tech start-ups worth more than $1bn (£650m) – and over half are based in the US.

So how do you build your own tech giant?

Clearly, every tech business begins with an idea.

Mark Zuckerberg dreamt up Facebook in his college dorm room and Chris Barton thought up Shazam, an app that recognises songs, in the bath.

“What I call ‘research’ innovation is far more prevalent,” he says. “This is where you’re looking for pain points in an industry and saying how do we address those pain points.”

In other words, what problem does your technology solve? What service does your tech provide that has never been provided before?

He gives the example of Airbnb, which tapped into the $550bn global hotel market by enabling people to rent out their spare rooms.

Its co-founder Brian Chesky once advised other tech entrepreneurs to “build something 100 people love, not something one million people kind of like.”

Having a good idea is only part of the battle, though.

“People can come up with a great idea but it might not be a real business,” says John Somorjai, executive vice president of Salesforce Ventures, an investment subsidiary of cloud-based sales and analytics platform, Salesforce.com.

“Before we invest we consider the size of the market opportunity, the quality of the management team and whether they are building customer traction.”

Greg Wolf, of corporate finance house Widebridge Group, adds that an idea must also be “protectable”.

This is because in many sectors there is only room for one market leader, particularly if you’re targeting a consumer audience, he says.

“The software for social networking is pretty easy to build, but you don’t see anyone displacing Facebook,” he says.

“Similarly, there is only one really big e-commerce business in Amazon and one big search business with Google. It really can be a winner-takes-all game.”

One major challenge for a fast-growing tech company is retaining its culture and values as the number of employees swells, says Zack Sabban, founder and chief executive of Festicket, a London-based start-up specialising in packaging music festival tickets with accommodation, travel and other services.

“If you have a strong company culture, people will be more independent, autonomous and entrepreneurial,” he says.

“Keeping the same culture while you are tripling your team size, and therefore need more corporate processes in place, is very challenging.”

“If you hire great people, then good people will want to work for you; if you compromise then you won’t be able to attract talent,” he says.

Where you set up shop may also influence how successful you are.

More than 60% of today’s biggest privately held start-ups are based in the US, with 23% in Asia and 13% in Europe, says CB Insights.

California’s Silicon Valley still dominates the global tech scene, attracting “the world’s best engineers and an abundance of capital”, says Mr Wong. That concentration of money and skills produces “a lot of successful ideas,” he says.

According to Dow Jones, European start-ups raised $8bn in venture capital in 2014 while US companies raised about $52bn.

Mr Chowdhury believes this is because investors in Europe are simply too risk averse.

“Historically, Europe’s venture capital firms have been staffed by bankers and accountants and they are not usually risk-taking people.

“In the US, the investors have often been tech entrepreneurs and built successful companies, and they are more willing to take a chance on a new idea.”

That’s not to say you can’t grow your own tech giant outside the US.

Skype, the internet phone and video company founded by a Dane and a Swede, was sold to Microsoft in 2011 for $8.5bn.

Sweden’s music-streaming service, Spotify, is now valued at more than $8.5bn, while peer-to-peer payments firm TransferWise, founded by two Estonians, has processed about $3bn of payments to date.

And China’s online retail phenomenon, Alibaba, now has a US stock market valuation of more than $210bn.

There’s no shortage of funding for the right idea either, it seems. Lyst has raised $60m of investment over the last four years, while the younger Festicket has raised nearly $4m.

“Raising money hasn’t been an issue,” says Lyst’s Mr Morton. “All of our money has come from fashion savvy cities like London, New York, Hong Kong and Paris.”

US tech start-ups have the advantage of having a huge ready-made – and largely monolingual – market on their doorsteps. Non-US start-ups don’t have that luxury – China notwithstanding.

“Companies really need to think globally from the start, but many do not,” says Mr Wolf.

In 2013 – against the advice of some of his investors – Jens Wohltorf took the bold decision to expand his Berlin-based Uber-style taxi service, Blacklane, into 100 cities in 100 business days.

This meant automating a lot of processes, recruiting a lot of new drivers, and promoting the service in many new languages.

“These were all challenges we had to overcome,” he says. “But the effort we put in to doing this paid off.”

But perhaps the best way to ensure your tech start-up blossoms into a tech giant is to resist selling out the moment Google, Facebook, Microsoft and Apple come knocking, chequebooks in hand.