Outsourcing isn’t what it used to be. In April, KPMG’s quarterly survey of outsourcing buyers, advisors, and service providers found declining demand for third-party services. In July, The Wall Street Journal reported thatoutsourcing deals in India declined last year to $120.4 billion from $206.8 billion in 2010.

In a report published over the summer, Forrester Research said, “Outsourcing has turned from being a racehorse to a plow horse.” Demand for cloud services, the firm said, has eroded demand for infrastructure outsourcing. Application and application management outsourcing appear to be doing better, according to the Forrester report, but their respective rates of growth are less than they were in recent years.

[The struggle is real. Read 8 Reasons IT Pros Hate the Cloud.]

“We’re trying to create a new model by developing software in distributed teams,” said Bugayenko in a phone interview, “where people are not co-located. […] They work remotely and each individual is working from his or her own place.” 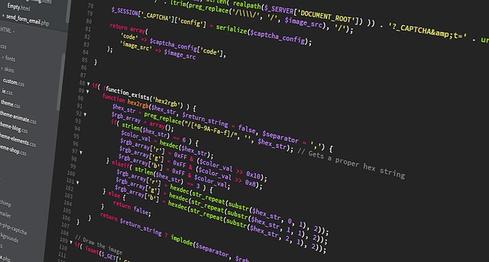 Teamed.io has more than 60 programmers on call. “We’re trying to show everyone how software development without offices and without meetings can be very effective [in terms of quality and cost],” Bugayenko said.

Teamed.io works in conjunction with Upwork, the online outsourcing management service formed from the combination of oDesk and Elance, to find, recruit, and pay programmers. Upwork provides a platform for coordinating labor, but it doesn’t offer much in the way of oversight capabilities. That’s where Teamed.io comes in.

“The way we manage this work is very different,” said Bugayenko. “We are micro-task managers. We break down the big problem, which we’re solving for the customer, into small pieces. And then we give these small tasks to a large number of people, sometimes 20 or 25 of them. Then our managers and our software enable the management of these micro-tasks, to make sure quality is high and the milestones are in place.”

Adolfo Masini, partner and senior VP at Neo Group, an outsourcing consultancy, argues that focus matters more than the proximity of the team. “One option is to manage a global program from a single location with multiple functions reporting into the program lead from different parts of the world,” he said in an email. “Or you can do the best you can to give the responsibility of the overall program to a team that is located in one location or few locations. I found regardless of the technology you have to stay connected, the more focussed and collocated the team is to one another, the better the outcome.”

David J. Brown, global lead of KPMG’s shared service and outsourcing advisory in the US, in a phone interview acknowledged that software outsourcing is declining overall, but noted that the changing nature of technology has shifted where developer resources are needed.

Large enterprise resource planning (ERP) systems from the likes of SAP and Oracle that required armies of developers for customization and maintenance have fallen out of favor. In their place, cloud-based systems like SAP Hana and Oracle Fusion, among many other entrants, have gained popularity.

While cloud-based systems have reduced the complexity of internal IT in terms of customization and maintenance, the growing number of these systems, the need to integrate niche offerings with other applications, and the ease with which cloud software vendors can be abandoned for rivals have all added a different sort of complexity back into the mix, said Brown.

Brown said that the practice of breaking software development tasks down into digestible pieces has already been adopted among enterprises through the agile development methodology. He said he hadn’t heard of it being taken to the granular level described by Bugayenko, but noted that problem-solving through atomization can be seen in the way companies have implemented centers of excellence to address IT internally, rather than through outside vendors.

Though cloud computing changes may affect the need for custom software, they don’t necessarily obviate the need for IT skills. “Cloud services can’t replace quality talent,” said Masini. “If you have the talent in house, then you should be able to take advantage of cloud services. Otherwise you still need to go and get the talent from the global pool of talent to execute the development program — cloud computing or not.”

One of the developments transforming outsourcing is the growing ease with which applications and services can be connected through composable APIs. In this model of modularity, business applications have the potential to be plug-and-play with one another, even if reality is seldom that simple.

Emmanuel Straschnov, cofounder of Bubble, a visual framework for creating applications without coding, in a phone interview described the situation as the “API-ization of everything.”

[There are plenty of ways to create apps. Read Building Apps Without Code: 7 Options For Your Enterprise.]

“For something as essential software, you need to be in full control,” he said.

Bubble, Straschnov said, offers a way to create applications without coding, freeing software engineers to focus on infrastructure. So far, he said, the company’s clients have been startups — like a San Francisco-based company that sell loans to homeowners who want solar panels on their roofs. Startups are more willing to try new things, and they don’t already have a lot of technology, he said. But he added that he sees a place for Bubble in enterprises, and notes that the service can be run on-premises. 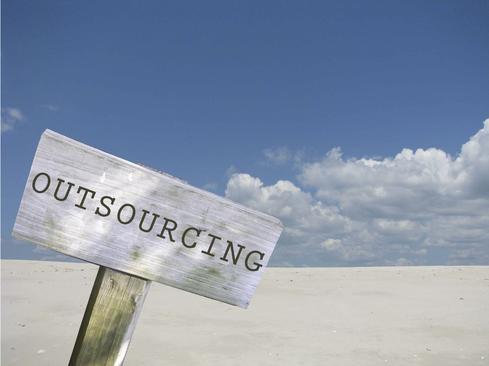 Yet for some large companies, outsourcing remains commonplace and necessary. “From my experience working in the telecom infrastructure side, all major telecom solution providers rely on the help of third-party software providers to do what they have to do to deliver on customer commitments,” said Masini. “There is definitely a difference of quality from supplier to supplier. However, the skills and resources that they bring to the table are essential to keep pace with the demand.”

The need for custom software won’t disappear overnight, if ever. But given sufficient compatibility across third-party services, and the continued commodification of common business services, it’s conceivable that much of the customization and configuration done through code today could be done through menu-driven services in the years ahead, without developers.

The growing ability to automate business tasks may be contributing to declining interest in outsourcing. A recent KPMG report said that robotic process automation has the potential to affect 100 million global knowledge workers by 2025. While call center workers are more at risk than software developers, there are plenty of rote software maintenance tasks related to patching and quality checks that can be handled efficiently by automated systems.

“We expect to see automation accelerate and replace a lot of our labor in this specific space,” said Brown.

Brown nonetheless contended that the numbers cited for failed IT projects are exaggerated. “There’s an ongoing joke that every IT project is over-budget and late,” he said. “But when you start looking at outsourcing arrangements as they relate to software, I don’t think that’s true. The more mature companies, if you ask them, would tell you they’ve been able to manage [expectations and capabilities] over time and that the number [of failures] would be less.”

Masini argued that leadership is essential for a successful project. “It takes perseverance to ensure the quality standards and milestones are adhered to,” he said. “If you think it’s just about handing something over to a third-party software provider and hoping they execute flawlessly, then you are being unrealistic. You need to treat it as an extension of your team. That means you need to stay on top of them and make sure milestones are met. Simple as that.”