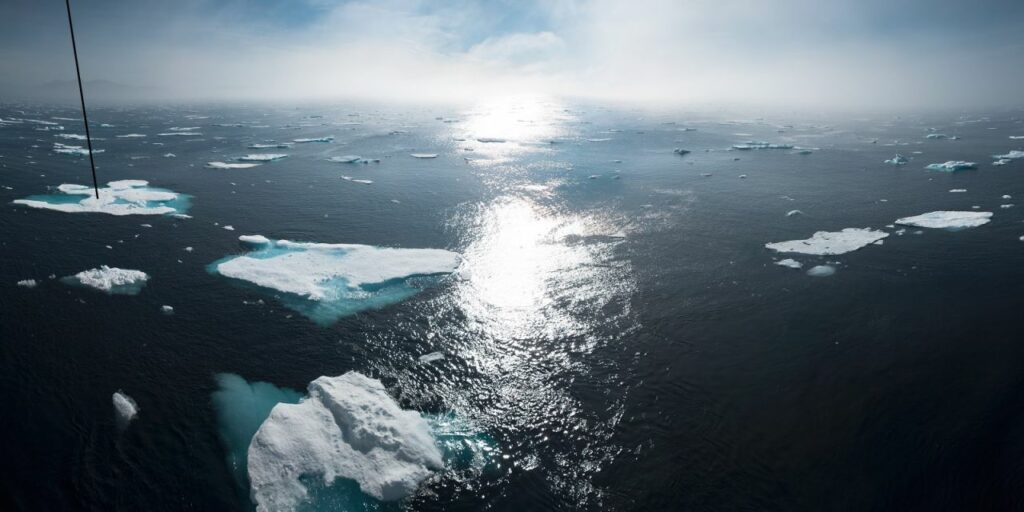 Big data climate- A new report from the UN’s Intergovernmental Panel on Climate Change (IPCC)warns us that “rapid, far reaching and unprecedented changes in all aspects of society” are required to limit global warming to 1.5C and avoid an irreversible natural tipping point.

By 2030, carbon dioxide emissions caused by humans need to fall by about 45% from 2010 levels, reaching ‘net zero’ around 2050, says the report. Remaining emissions would need to be balanced by removing CO2 from the atmosphere, for example through reforestation and improved land management.

From analyzing large data sets — or big data — we know that our planet lost the equivalent of 40 football fields per minute last year in tree cover. We know that more than a quarter of global tree cover loss between 2001 and 2015 was associated with commodity-driven deforestation.

Big data — whether historical or real-time — can also help us tackle the problem, for example by locating harmful emissions or identifying pressure points along the supply chain. This transformative change in data capabilities is an example of what the World Economic Forum refers to as the Fourth Industrial Revolution (4IR).

When California Governor Jerry Brown announced in September that the US state would be launching “its own damn satellite” to monitor the effects of climate change, his promise was bold: an initiative to help governments, businesses and landowners to pinpoint — and stop — destructive emissions “with unprecedented precision, on a scale that’s never been done before”.

Launched against a backdrop of the Trump administration’s withdrawal from the Paris Agreement, California is taking local action to a global problem in the absence of federal leadership. Working with San Francisco-based Earth imaging company, Planet Labs, the state will develop and eventually launch a satellite capable of detecting the “point source” of climate pollutants, monitoring leaks and other anomalies at specific locations.

The satellite, an initiative of the California Air Resources Board, will complement project partner Environmental Defense Fund’s MethaneSAT, scheduled for launch in 2021. The latter will provide broader, more frequent coverage, quantifying emissions from oil and gas fields producing at least 80% of global output roughly every four days.

Individually, the projects will generate important data on harmful emissions. Combined, the data sets pack a bigger punch. For instance, if MethaneSAT waves a red flag about an emissions spike in a given field, the California instrument would then zero in on specific facilities and pinpoint the larger sources. EDF says it is “like having two camera lenses — wide angle and telephoto” that together produce a more complete picture of the methane problem.

The California Air Resources Board and Planet Labs will work in partnership with the Environmental Defense Fund amongst others to set up a new Climate Data Partnership, a common platform for reporting data to enable governments, businesses, landowners and others to pursue more targeted mitigation measures worldwide.

Tom Ingersoll, who is leading EDF’s MethaneSAT project, suggests thinking of these separate but complementary data projects “as a set of overlapping circles, like the Olympic rings”.

He says: “Multiple methods of assessing methane emissions lead to a more complete and actionable set of insights than any single method can by itself.”

Combining data captured via satellite imagery and artificial intelligence to monitor forests and land use to provide the ‘where, why, when and who’ was among the solutions discussed at a 4IR event held at the recent Global Climate Action Summit in San Francisco.

Kavita Prakash-Mani, practice leader – markets & food at WWF, says data from projects such as Eyes on the Forest, which investigates deforestation and land grabs in Indonesia, needs to be combined with other information to create the full picture. “We need technology to monitor why we are losing forests, looking at traceability through citizen sites and data on where food is coming from,” she says.