This hero doesn’t have a cape. He has a 3D printer 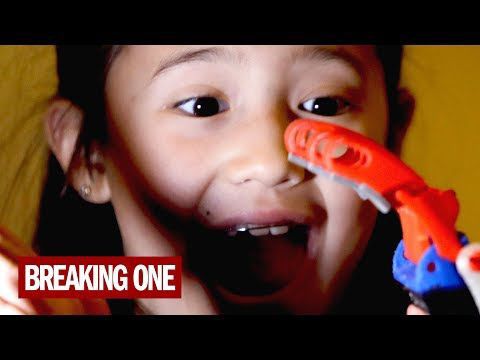 Being born without fingers can be tough for any child. Getting new ones — especially red and blue superhero themed digits — has made 8-year-old Kaori Misue a vibrant playground star.

Flexing her wrist muscles to bend the plastic fingers, she can work with tape and stickers at an arts and crafts class. She can ride a bike, skip a rope and bake pastries with her mom. Her amazed friends have even begged to borrow the 3D printed hand, which looks a little like a cheerily coloured Transformers toy strapped to her wrist.

“It was magical,” her mom, Karina Misue, said. “The confidence it gives kids is tremendous. They’re using it with pride.”

Hundreds of Argentine kids like Kaori who were born without limbs are now able to write, play sports and make music thanks to low-cost prosthetic hands devised by Gino Tubaro, a 21-year-old inventor whose work was praised by President Barack Obama during a visit to Argentina last year.

Tubaro’s “Limbs” project is part of a trend of open-source 3D printing technology initiatives around the world. They include the nonprofit e-NABLE organization that groups volunteers to provide hands and arms to those born with missing limbs or who lost them to war, disease or natural disaster, and the Build It Workspace studio, which teaches people how to use high-tech printers.

Growing up, Tubaro remembers breaking apart home appliances to try to turn them into new inventions. Instead of reprimanding him, his parents signed him up to a weekend workshop where he had free range to experiment. Along the way, he began earning awards for his designs.

When he began using 3D printers, the mother of a child who was missing a limb asked him if he could design a hand for her son. Tubaro delivered it in 2014, when he was still in high school.

Today, more than 500 people, mostly children, have received similar prostheses and 4,500 more remain on a waiting list. Basic designs are custom modified to fit the needs of each user with the help of orthopedists.

The project uses volunteers around the world who own 3D printers to print the pieces and assemble and deliver the hands. They can cost as little as $15 compared to sophisticated designs that are priced up to $15,000. Some of the pieces can be interchanged to fit a specific purpose: from playing pingpong to grabbing a fork or riding a bike.

With New Phones Binoculars will be Extinct like Analog Camera 5G, X-Reality

How does 3d Printing Work