Home Industry News Here’s what a mid-level salary looks like at Amazon, Alphabet, Facebook, and other big tech companies 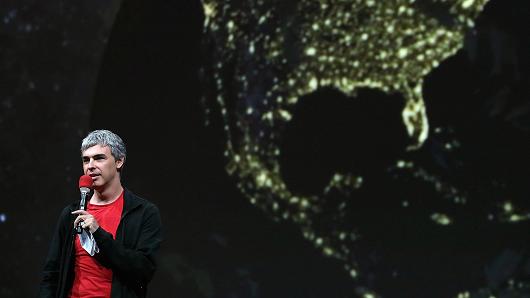 A middle-of-the-pack employee at Facebook makes more than 8 times as much as Amazon‘s median employee.

The revelation of that stark difference comes courtesy of the Dodd-Frank Wall Street Reform and Consumer Protection Act, which required companies to disclose the ratio between their median paid employee and their CEO for the first time this year.

In the tech world, where many CEOs take tiny salaries and receive most of their compensation through stock, the actual ratio isn’t very revealing. For example, Alphabet CEO Larry Page only made a salary of $1 in 2017. But, he also owns 42.5 percent of Alphabet’s Class B stock and is worth nearly $50 billion. So the ratio of his salary to his employees’ salary is meaningless.

It’s much more interesting to look at the differences in salaries across the tech sector:

The “median” salary is right in the middle of a company’s total pay scale, excluding the CEO in this case.

Amazon and Tesla employ warehouse and factory workers, so their median salaries are lower than those of companies that primarily offer white-collar jobs.

As part of their calculations, companies could annualize pay for people who worked a partial year and could also exclude the salaries of some employees who work outside the U.S., up to 5 percent of its employee base.

The calculations do not include independent contractors who work for the companies. For example, both Facebook and Google employ many low-wage content moderators through staffing firms. If those employees’ salaries were included, the median salary would be lower.

Also, only companies whose fiscal year ended December 31 had to report their pay ratio in their latest proxy, so Apple, Snap, and Microsoft are all off the hook, for now.