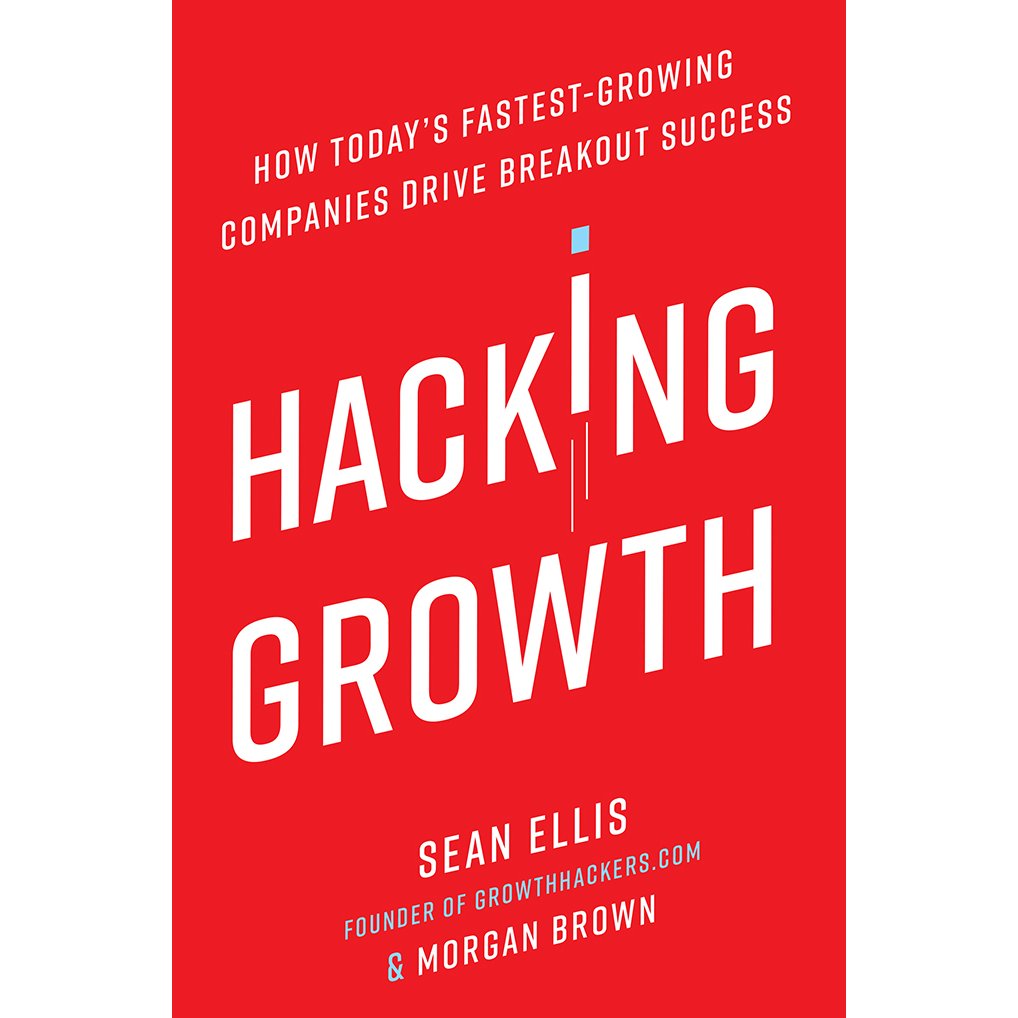 What’s in it for me? Make your product the next big thing.

Hacking Growth Sean Ellis Summary – Any business owner from any generation will tell you that growing a small company into a big one isn’t easy. But now, with so many new possibilities in online marketplaces, it’s a whole new ball game.

An online business may present a host of new problems, but it also provides an unprecedented amount of data, not to mention the ability to communicate with customers in amazingly useful ways. These opportunities – to test your product and learn from customers – are two of the key factors in hacking growth.

This Articlexplainsin the growth hacking playbook. They provide a systematic way of collecting, analyzing and testing data that just about any business can use to quickly make the most of its time and resources.

Growth teams use inter-department collaboration and strong leadership to get results.

Here’s a common scenario that any number of entrepreneurs face today: you’re the CEO of a small business, and though you’re making a nice profit, you need to find a way to take it to the next level.

What you need to do is prioritize growth by establishing a growth team. A growth team is made up of members from different departments within your company, and it harnesses the power of collaboration to focus exclusively on finding ways to grow.

Let’s look at a real-world example. Prior to forming a growth team, the software company BitTorrent had 50 employees working in the traditional departments of engineering, marketing and product development. This brought them good results until 2012, when their growth plateaued.

The problem was that too many customers were using the basic, free version of their product. And despite making improvements to the premium, paid version, few people were making the upgrade.

Things changed, however, when an innovative project-marketing manager (PMM) came aboard, created a growth team and sparked the kind of fresh perspective they needed. By looking at engineering issues from a marketing point of view, it became clear that the lack of upgrades wasn’t due to a quality issue. Most customers were simply unaware of the premium version and what it offered.

Armed with this insight, the marketing and engineering teams joined forces to raise awareness by prominently promoting the premium version to users of the free version. As a result, upgrades skyrocketed, and revenue increased by 92 percent.

But in order for your growth team to succeed, it needs to have a strong leader. It needs someone who can unite the interdisciplinary team and keep them on course for improvement.

This leader will identify the target area, set clear goals and establish a time frame for the accomplishment of these goals. For example, he or she may decide it’s best to focus on developing new marketing channels and set a goal for the team to come up with three potential new ones by the end of the month.

The growth leader is also responsible for keeping the team focused on moving forward and steering them clear of distractions. While attractive new ideas can be distracting, the team leader must recognize when these ideas don’t serve the current goal and need to be put on the back burner.

To develop a must-have product, you need to know your customers well.

There are countless entrepreneurs hoping to come up with the next Airbnb, Yelp, Facebook or Amazon. Each of these companies experienced rapid growth, and that’s probably because they all have something in common. They each released a must-have product or service that people loved.

Even if you’re already sure that people love your product, you’ve got to get a grasp on your customers’ experiences and opinions by reaching out to them. Only then will you really know if your product is a must-have.

The must-have survey is a simple and reliable method for figuring out how your customers feel about your product. And all it takes is asking at least a few hundred customers a single multiple-choice question.

Here’s the question: “How disappointed would you be if this product no longer existed tomorrow?”

And here are the three possible answers:

You can be confident that your product is a must-have if at least 40 percent of your customers choose. “Very disappointed.” Once you reach this milestone.  You are in the perfect position to start using the growth hacking techniques that are described in the blinks ahead.

However, if the amount of customers answering, “Very disappointed” is under 40 percent, you must continue to improve and develop your product. If this is the case, don’t fret – there are quick, efficient and inexpensive ways to experiment with how you can communicate your product’s value.

One method is A/B testing, which is a way of testing the effectiveness of two different messages or product variations. The project-management tool Basecamp used this method to test potential marketing taglines, for example, and that’s how they discovered that the prompt “See Plans and Pricing” attracted twice as many new customers as “Sign Up for Free Trial.”

Plus, the great thing about A/B testing. Whether it’s being done face-to-face or online, is that it doesn’t have to be expensive. Crucial insights can be gained by testing out new approaches. Like showing test audiences a simple video demonstration or an inexpensive prototype that highlights potential new features. Even if the tests prove unsuccessful, the feedback you’ll get will prove extremely valuable.

In the movie Field of Dreams. The main character hears a mysterious voice: “If you build it, they will come. And, sure enough, after spending every penny he has to build a baseball park on his property. People miraculously arrive….