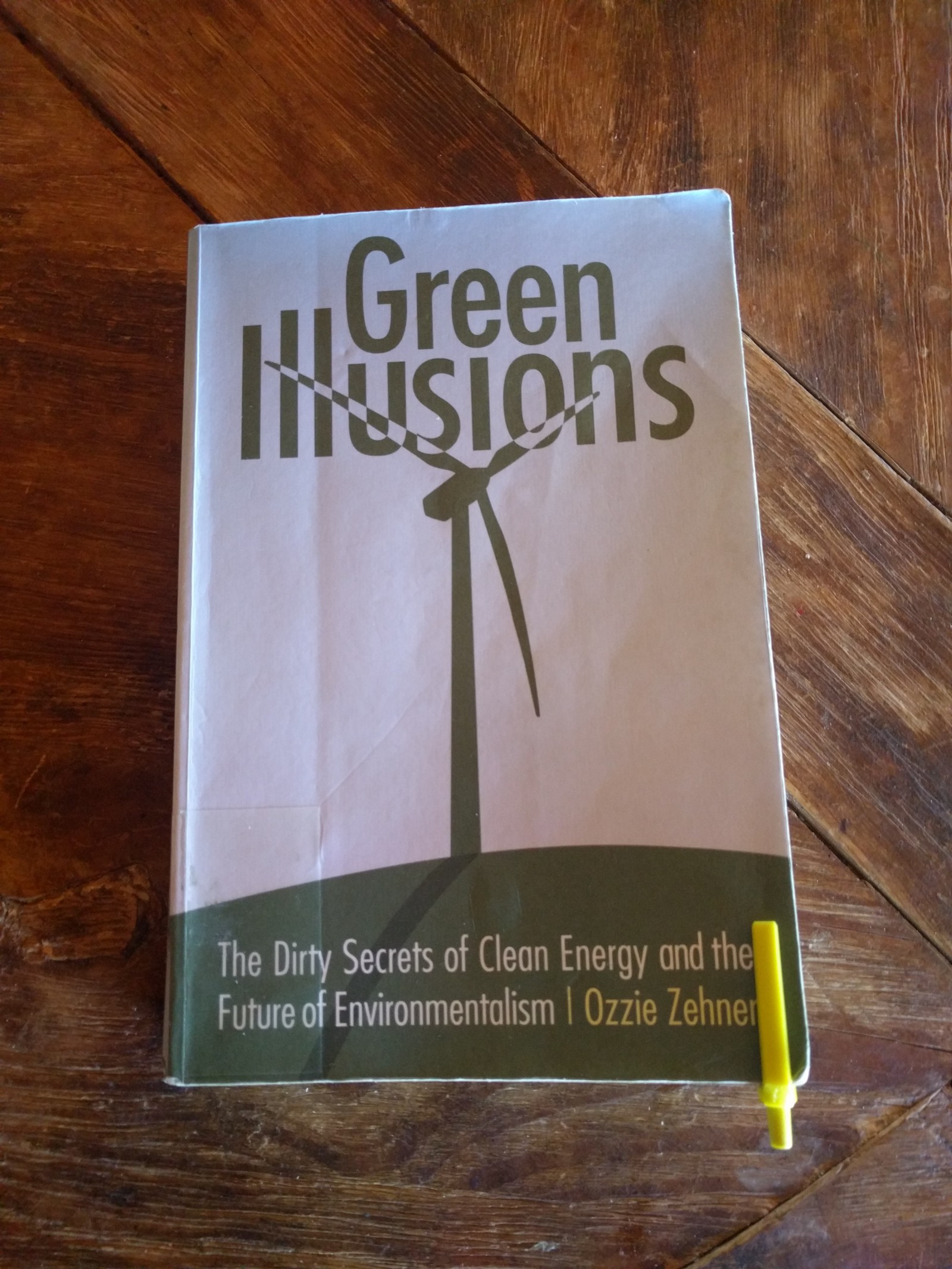 What’s in it for me? Find out why changing our behavior is the only way to end the energy crisis.

Green Illusions Summary – If you consider yourself an environmentally minded person, you may sincerely hope that one day all the world’s energy will be generated by alternative energy sources like the sun and the wind.

And in this case, this article may shock you.

The hype surrounding these alternative energy sources is overrated, as each of them has serious drawbacks.

What’s worse, you’ll discover why placing our hopes in technological solutions is merely an excuse for us to maintain our excessive lifestyles: if we really cared about the environment, we’d cut back on consumerism.

In this article, you’ll discover:

For over a hundred years, humanity’s energy needs have been met for the most part through the use of conventional energy sources like fossil fuels and uranium. But herein lies a problem: the quantity of these resources on earth is finite and humanity’s need for energy is infinite. All experts therefore agree that we need alternative solutions.

But before we dive into alternatives, let’s examine the primary conventional sources used today.

Of all conventional energy sources, coal is by far the worst environmental offender as it is the largest producer of carbon dioxide (CO2), a greenhouse gasthat contributes to global warming.

Another obvious downside is that burning coal pollutes the air and exposes people to health risks. Installing filters is of no help because they produce a toxic sludge that poisons the groundwater. And since the coal has to be mined before it can be burned, it devastates entire landscapes.

Yet, despite its negative impact, half of America’s electricity and 80 percent of China’s electricity is generated with coal simply because it’s cheaper than oil.

Another prominent conventional energy source is uranium, which is used to generate nuclear energy. But unfortunately, it’s not much better than coal because it’s so dangerous.

Though nuclear energy accidents are less likely to occur than, say, oil spills, their damage potential is exponentially greater. Accidents can happen due to operating errors, like in Chernobyl, or natural disasters, like the tsunami that caused the Fukushima catastrophe. On top of that, since they can be so damaging, nuclear plants are also terrorist targets.

What’s more, storage of the radioactive waste generated through nuclear power is both expensive and fraught with uncertainty, as engineers have yet to find a long-term storage method that is safe and impenetrable to the radiation from the waste.

In addition to the environmental and health risks, coal and nuclear power really aren’t that economical, either: according to one subsidy watchdog, they’re only profitable due to state tax subsidies.

Alternative energy sources, such as biofuels, also have dangerous side effects.

In contrast to the conventional energy sources discussed in the previous blink, sustainable energy sources are thought to be capable of fulfilling our present energy needs without depleting a resource that future generations will need to generate energy.

Alternative energy-generating technologies, such as solar, wind, water, hydrogen and biofuels, aim to reduce emissions of CO2, thereby lessening global warming. Another goal is decreasing humanity’s use of and dependence on fossil fuels to negate their ill effects.

But are they really sustainable? Let’s first take a closer look at regrowables, and dive into the renewables in the next blink.

At first glance, regrowables look like a great replacement for our dwindling conventional energy sources. One classic example is good, old firewood. You burn it for heat and more trees grow to replace the one you chopped down. As long as there are trees, you’ll never run out.

Today, biofuels, such as biomass, biogases, bioalcohol and biodiesel, are all based on the concept of……………….