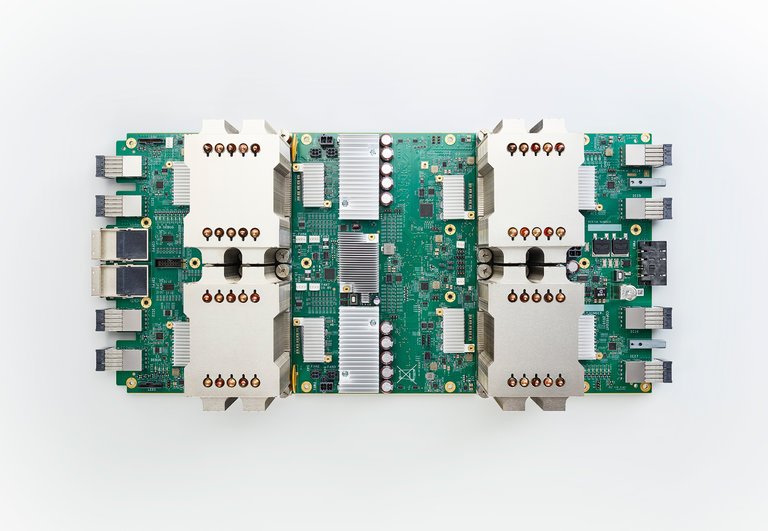 A few years ago, Google created a new kind of computer chip to help power its giant artificial intelligence systems. These chips were designed to handle the complex processes that some believe will be a key to the future of the computer industry.

On Monday, the internet giant said it would allow other companies to buy access to those chips through its cloud-computing service. Google hopes to build a new business around the chips, called tensor processing units, or T.P.U.s.

“We are trying to reach as many people as we can as quickly as we can,” said Zak Stone, who oversees the small team of Google engineers that designs these chips.

Google’s move highlights several sweeping changes in the way modern technology is built and operated. Google is in the vanguard of a movement to design chips specifically for artificial intelligence, a worldwide push that includes dozens of start-ups as well as familiar names like Intel, Qualcomm and Nvidia.

And these days, companies like Google, Amazon and Microsoft are not just big internet companies. They are big hardware makers.

As a way of cutting costs and improving the efficiency of the multibillion-dollar data centers that underpin its online empire, Google designs much of the hardware inside these massive facilities, from the computer servers to the networking gear that ties these machines together. Other internet giants do much the same.

In addition to its T.P.U. chips, which sit inside its data centers, the company has designed an A.I. chip for its smartphones.

At the end of last year, hoping to accelerate its work on driverless cars, Lyft began testing Google’s new chips.

Using the chips, Lyft wanted to accelerate the development of systems that allow driverless cars to, say, identify street signs or pedestrians. “Training” these systems can take days, but with the new chips, the hope is that this will be reduced to hours.