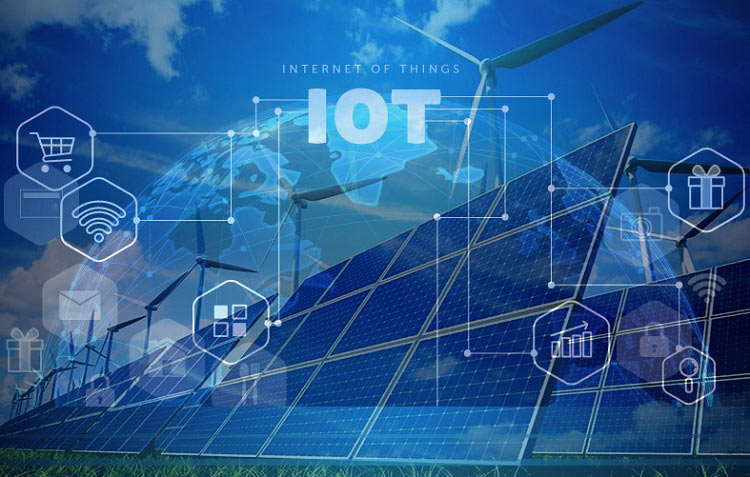 Applications of IoT- Internet of things comprises various mechanical devices, sensors, which are connected to each other through a gateway. The convergence of technologies such as embedded systems, machine learning, real-time monitoring, etc. has expanded the applicability of the internet of things (IoT) across various verticals. In recent years, a large number of electronic devices have the ability to be integrated with internet connectivity, which can be used to balance energy demand and consumption and optimizing power consumption. Moreover, the internet of things can help the user to control smart devices over cloud-based software and allows the user to control HVAC systems, changing lighting conditions, etc. Internet of things can be used in smart grid applications for gathering information and act according to insights gathered to improve the operational efficiency and efficient distribution of energy. In years to come, the rising use of automated systems for controlling electricity distribution is expected to expand the applicability of the internet of things in energy-related applications.

In recent years, the number of smart girds across the world has increased significantly. Governments and federal authorities are increasingly spending on developing their smart city infrastructure. Growing spending on expansion and modernization of electricity transmission and distribution infrastructure has augmented the adoption of IoT based technologies for smart grid applications, which has driven the global IoT in energy market. Moreover, energy and utility companies are inclined towards opting for smart grids and smart meters to increase operational efficiency. IoT based systems can combine smart meters with sensors to improve the efficiency of energy management. Further, the rise of cognitive computing, AI, and data analytics in IoT technology is anticipated to create new opportunities for the global IoT in energy market.