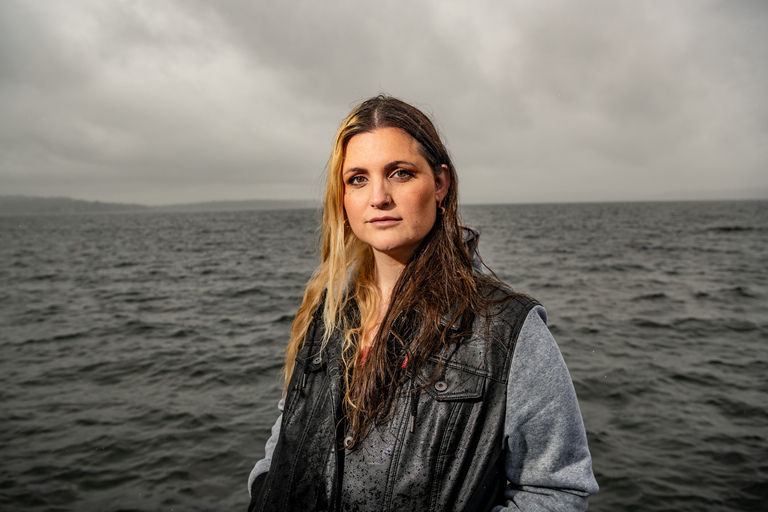 She pulled herself from addiction by learning to code. Now this Kirkland software developer is leading a worker uprising at Apple

Cher Scarlett grew up poor and dropped out of high school. As a teenager, she struggled with addiction, danced as a stripper and tried to overdose on pills. Her ticket to a better life was learning to code. Last year, she became perhaps the least probable member of Apple’s elite software engineering corps.

But the storied tech giant, Scarlett says, turned out to be a place that blithely enables discrimination against women and other historically underrepresented groups, including disabled people. So, despite her plush new salary and a newfound sense of financial security, Scarlett, 36, decided to speak out, becoming one of a tiny number out of tens of thousands of Apple employees to publicly criticize the company.

“Apple does not care about its employees. It cares about money,” Scarlett said in an interview. “Maybe that’s capitalism, and that’s just the way corporations are. But I can’t live my life further accepting it and not saying something about it.”

Scarlett is part of a growing chorus of tech workers — many of them women — challenging the power centers of Silicon Valley, where some of them allege companies are still run like frat houses and discrimination against women and racial minorities continues to make headlines. In recent years, more than 20,000 Google employees staged a walkout to protest sexual misconduct and inequality, while Black women at Pinterest accused the company of discrimination and retaliation. Just last month, Amazon settled a wrongful termination suit against two women it fired after they publicly criticized the company’s climate policies.

Last week, former Facebook employee Frances Haugen became the highest profile tech whistleblower of all when she testified before Congress that Facebook misled the public about the harm caused by its products.

“This is an industry with a pronounced racism and misogyny problem,” said Meredith Whittaker, a former Google employee who helped lead the walkout there.

Whittaker, as well as Timnit Gebru, who was fired from Google after she raised questions about the ethics of its artificial intelligence ambitions, has spoken with Scarlett about her efforts. Gebru said the way the tech industry is covered by the media, which to her deifies tech leaders, helps shield tech companies from scrutiny. “There’s just no accountability,” she said.

The activists have chalked up some victories. In January, Google employees formed a union, a rarity in an industry that generally pays well and rewards employees with stock options worth hundreds of thousands of dollars. Meanwhile, California courts had begun whittling away at the power of nondisclosure agreements, an essential element of a top secret culture that publicly punishes dissenters.

Large companies, though, still have the upper hand. Most tech employees fear speaking about the companies they work for, lest they be discovered by myriad corporate surveillance techniques that have only gotten more sophisticated with new technology. Nowhere is that more true than at Apple, whose CEO Tim Cook, in the wake of employees speaking out about working conditions, sent a companywide memo about the company’s efforts to ferret out leakers.

That began to change this summer, with the rise of the #AppleToo movement. In largely anonymous testimonials, more than 500 employees — many working at Apple’s more than 500 global retail stores — have accused the company of erecting “an opaque, intimidating fortress” that tolerates “racism, sexism, discrimination, retaliation, bullying, sexual and other forms of harassment.”

Scarlett has become the face of the #AppleToo movement, a role that evolved from her brutally honest presence on Twitter, where she goes by @cherthedev and has amassed 46,000 followers.

On Twitter, Scarlett has openly discussed the messy details of her life, and her feisty presence on the platform has quickly made her a magnet for Apple colleagues having difficulties with the company. She took to Twitter to encourage women to come forward with stories of sexual harassment at her former employer, Activision Blizzard, and called out an alleged pay gap at Starbucks. “I began to recognize this power of this platform that I have,” she said.

Internet has made us from consumers to producers