Four problems SAP has to address as it navigates headwinds 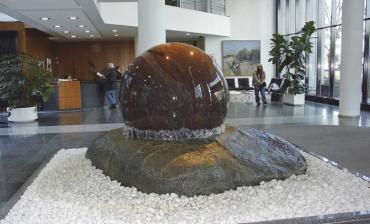 Today’s analyst call will no doubt focus on revenue growth specifics. That’s not the direction SAP wants to take but it must address some operational fundamentals and a cloud strategy that at best is half baked.

SAP problems- In my initial SAP Q3 FY2020 report I raised a variety of questions based upon what was said in the company’s earnings release. In this follow up story, I outline the four areas I believe the executive team has to address as part of the company’s self declared transition.

For clarity, this story is based upon numerous calls I have fielded both over the years and, more recently on frequent calls with the company’s executives, colleagues, partners, user group representatives, developers, and customers.

Those issues are cloud, talent, pricing, and geographies. Each represents a facet of self-inflicted wounds that have accumulated over time. They do not represent technical debt but institutionalized debt.

In a call with journalists this morning, Christian Klein, CEO SAP talked aobut being all-in with the cloud and is quoted as saying:

We are at an inflection point. I am not willing to trade value to our customers for short-term margin optimisation.

SAP doesn’t have a choice. While it has convinced itself that customers want to remain on-premises for its core S/4HANA solution, the tide of architectural design says otherwise. It is no longer the case that customers cannot get off their on-premises software, it’s a case that they must. In SAP’s case, this means it has to architect for the cloud rather than simply handing over the infrastructure component to the hyperscalers and assuming that lift and shift will save the day.

Klein and his fellow executive board members are only too painfully aware of this problem, hence the note that margin expansion is off the table for the time being. You simply can’t get margin expansion while building out fresh capability. And that’s before thinking about the need to integrate the numerous offerings SAP has in its product portfolio.

Thinking about this in the context of its immediate competition, I am hearing Oracle customers repeatedly telling me that they see Oracle as a true partner. For its part, Oracle had its own transitional problems with a long haul development of the Fusion Suite that at one time left colleagues wondering if Fusion would ever get out the door. Those investments, combined with a change in style are making a difference with which SAP struggles to compete. (Note: I have another such Oracle case study in the wings.)

I’ve said this before but SAP is not perceived as that cool place everyone wants to join. It’s a conversation I’ve had with SAP several times in the last few months. They point to a revamped SAP Community, efforts to encourage startups, a variety of programs designed to attract the ‘cool kids on the block.’ The fact remains that all of these initiatives are largely invisible to the mainstream.

Most recently I was asked to speak with the folk at SAP.io but demured. Why? The number of firms SAP is helping through this venture is impressive. 200 plus. But how many of them are on the SAP price list? Where are the showcased examples in the main SAP presentations? What is the joint go-to-market strategy? Where is the next hundred million or billion-dollar business in that portfolio?