Job seekers with expertise in artificial intelligence, machine learning, and data science are among the most in-demand candidates in finance 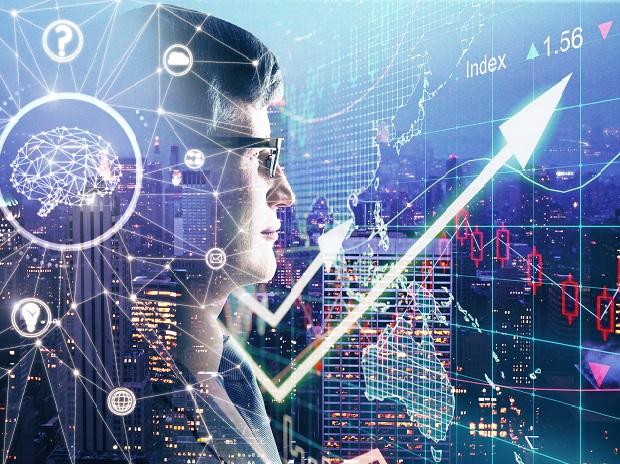 AI Finance-Today, it’s not just humans competing for work in banking. Machines are becoming a threat to warm-blooded number crunchers worldwide. Indeed, almost one-third of financial-services jobs could be displaced by automation by the mid-2030s, according to a report by PricewaterhouseCoopers LLP last year.

Despite those stark forecasts, some optimists argue that the rise of machines at banks isn’t simply taking away jobs, but rather changing their definition and adding some roles.

Job seekers with expertise in artificial intelligence, machine learning, and data science are among the most in-demand candidates in finance, according to hiring sites Glassdoor, LinkedIn, Hired, and ZipRecruiter. It’s not only disrupters such as Square Inc or Stripe Inc hiring this talent; legacy financial companies such as JPMorgan Chase, Capital One, and Morgan Stanley are scooping these people up as well. In the US financial sector alone, job postings that list these big data skills as requirements increased almost 60% in the 12-month period ending in July, according to LinkedIn.

Business and finance professors who are preparing students for future banking careers are also seeing the trend. Data scientist is the “hottest job function” now for employers, says Andrew Lo, director of the MIT Laboratory for Financial Engineering in Cambridge, Mass.

Lo says data portfolio managers, who are charged with maintaining and maximising the value of a company’s data assets, also are gaining importance. “We already have that happening informally because chief technology officers are playing that role,” he says. “But this has become a much more business-oriented set of challenges that the typical CTO might not be equipped for, so I think that’s going to evolve over time.”

While machine learning has the ability to “augment” jobs and enhance the performance of organisations, it will also present risks and the need for “AI auditors” at banks, says Theodoros Evgeniou, a professor of decision sciences and technology management at Insead in Fontainebleau, France. As machines make more decisions in banking, he says, ethical and legal concerns will be raised that need to be addressed at the board level.

“Let’s say you’re a bank and you’re giving credit based on credit scoring and machine learning, and your models are discriminating certain populations of people,” Evgeniou says. “If you’re then sued for being discriminatory, who is liable for this? If [the models] discriminate, you are liable.”

There are also ways machine learning may indirectly create jobs. For instance, automating tasks previously done by humans in the asset management industry should theoretically reduce costs. Lower fees will likely increase demand for financial services and, subsequently, the need for more staff to service new customers, according to Guo Bai, a lecturer of strategy at China Europe International Business School in Shanghai.