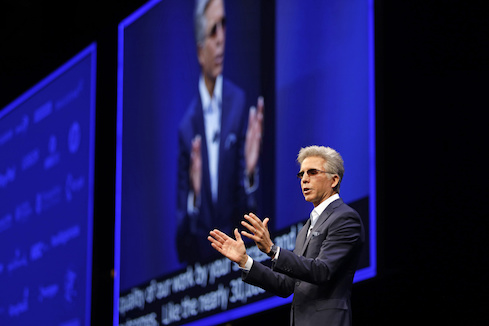 As CIOs and other IT leaders shift their AI programs to incorporate more buying than building from scratch, vendors are adding new artificial intelligence capabilities to their platforms to meet the demand.

ERP Giants- CIOs and other members of the C-suite know that they need to invest in artificial intelligence and related technologies if they want to remain competitive in the years to come. But surveys show that the process tends to take longer than anticipated. You may start out with the idea that you are going to build it all from scratch, maybe with open source technology that’s preferred by the brilliant data scientists and engineers you plan to recruit. Yet a year later, you may still only have a pilot in the planning process and nothing in production.

That’s not an uncommon experience these days. An informal audience poll during the recent Gartner Data and Analytics Conference revealed just 30% of audience members planned to build AI capabilities themselves (compared to nearly the entire audience, when asked the same question in the same session a year earlier). What’s more, this year during that informal audience poll about half the audience said they would use applications with AI capabilities built-in.

That’s just what some of the big software vendors have been hoping you would say.

At its SAPPHIRE Now event in Orlando, Florida earlier this month, SAP announced a series of innovations to its SAP s/4HANA ERP platform to make it easier to add artificial intelligence and robotics and to customize apps.

SAP said that the new release, available this month, included “100 out-of-the-box AI and robotic process automation-powered capabilities,” helping the company towards its goal to automate 50% of manual tasks in its ERP system by sometime in 2021.

These new features include capabilities that will enable SAP shops to simulate new business models and commercial offers, so they can, for instance, analyze the impacts of subscription and usage pricing. SAP said the enhancements would also enable intelligent product design and faster go-to-market time as well as personalized products and services. As examples of some of the new AI capabilities, SAP named intelligent accruals management, defect code proposal, and financial journal entry with intelligent robotic process automation.