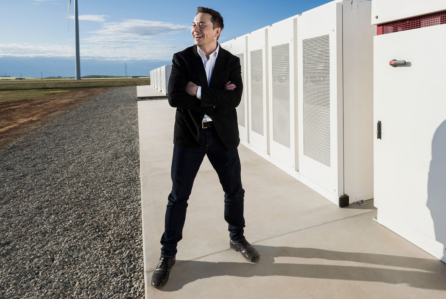 On the 50th anniversary of Stanley Kubrick’s 2001: A Space Odyssey, noted entrepreneur and expansive thinker Elon Musk discussed his fears about artificial intelligence that were more chilling than the cinematic HAL-9000 supercomputer of science fiction.

The founder of SpaceX and Tesla, who made a surprise appearance at HBO’s Westworld panel at South by Southwest, hosted a impromptu question-and-answer session today at Austin’s Moody Theater that was moderated by Westworld creator Jonathan Nolan.

Relaxing in a lined brown bomber jacket, Musk held forth on some of his favorite topics, from colonizing Mars to digging tunnels under Los Angeles to lay the infrastructure for high-speed public transportation system that would once-and-for-all solve the commuter nightmare that is the Interstate 405.

Musk offered some surprising insights. Asked by Nolan whom he was most inspired by, Musk didn’t miss a beat: “Kanye West, obviously.” The tech entrepreneur critiqued HBO’s Silicon Valley, saying the first four episodes indulged in Hollywood’s urge to ridicule of the nation’s tech hub, but he found the rest of the series — especially the second season — “amazing.”

“All the crazy stuff you see in that show, Silicon Valley, the truth is a lot crazier,” said Musk, who in 2000 merged his online banking startup with a competitor to form PayPal.

The SpaceX founder dangled the lure of space travel, predicting he might offer “short flights” aboard interplanetary ships “in the first half of next year.” Musk just as quickly tempered his prediction with a self-deprecating joke that “people have told me that sometimes my timelines are optimistic.”

Musk reserved his most chilling pronouncements for artificial intelligence.

“I’m close to AI and it scares the hell out of me,” Musk said. “It’s capable of vastly more than anyone knows, and the improvement is exponential.”

Musk cited the example of AlphaGo, Google DeepMind’s artificial-intelligence program. The AI had been trained to tackle the Chinese game “Go,” which is a 2,000-plus year old abstract war simulation.

In 2016, Google announced that its program had defeated every other Go-playing software — and a formidable human opponent, Fan Hui, a European champion. Then, it bested the world champion, Lee Sedol, four games out of five, in a competition that was live-streamed on YouTube.

“Those experts who think AI is not progressing: look at things like Go,” Musk said. “Their batting average is quite weak.”

Musk said he’s witnessed the dramatic rate of improvement in his own work with Tesla’s Autopilot feature. In the first version, Autopilot reduced traffic accidents by 45%, he said, and the most recent version will be “at least two or three times better.”

The threat of machines getting smarter than their creators is so real, in fact, that Musk calls for public oversight to ensure the technology is developed safely.