The economics of future technology … explained with comics 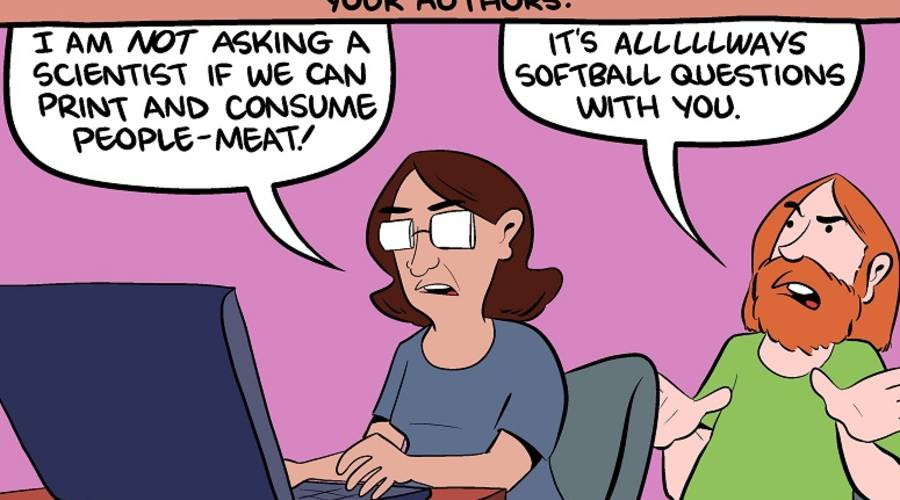 We’re going to take a detour here to the not-too-distant future to see what technologies might shake up the economy and help determine the future of our species. Kelly Weinersmith is a biologist and her husband, Zach, does comics, “Saturday Morning Breakfast Cereal” among them. Their new book is called “Soonish: Ten Emerging Technologies That’ll Improve and/or Ruin Everything.” It’s sort of a layman’s explainer mashed up with a comic book. The Weinersmiths spoke with Kai Ryssdal. Below is an edited transcript of their conversation.

Kai Ryssdal: So I’m going to start with this “Soonish,” the title. Kelly, it seems appropriately vague so as not to get you into any trouble.

Kelly Weinersmith: Well, we were very noncommittal about when these technologies were going to come to fruition, and a big theme of the book is that it’s really hard to predict that kind of stuff because technology doesn’t always make stepwise progression. Sometimes you have big discontinuous leaps, which make it really hard to predict. And then there’s things like economics that can get in the way that you didn’t necessarily think about when you were the engineer starting the project.

Ryssdal: So let’s talk about some of these things in the book. The first couple, and you put it in one section, is the universe soonish. You talk about space travel, you talk about asteroid mining. The interesting thing for me on this one, Kelly, was this section is all economics.

Kelly: Yeah. So that was an interesting thing that we didn’t necessarily anticipate going in was just how important economics is for a lot of this stuff. And at the end of the day, if the technology doesn’t have a market or the market isn’t working the way you anticipated it was, then the technology isn’t going to work out. And so there’s all sorts of market forces that can sort of mess with an engineer or scientist’s plans.