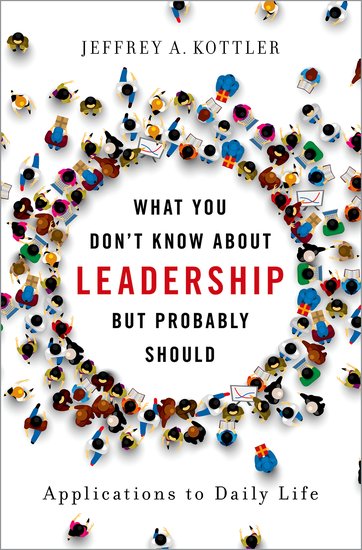 What’s in it for me? Learn the traits that have distinguished the great leaders throughout time.

what you don’t know about leadership but probably should applications to daily life Summary – Do you dislike your job? Do you dread your morning alarm, that shrill herald of the day’s drudgery? If so, you’re not alone. In fact, you’re in the majority: an astonishing 80 percent of American workers report being disengaged or dissatisfied with their job. What’s the reason behind this depressing statistic?

One of the biggest factors is bad leaders. No one wants to face day after day of being led by someone who neither listens, extends trust nor thinks there’s more than one way to do things.

There has to be a better way to lead, right?

Well, there is. Leaders can not only help employees manage the nine-to-five; they can inspire them to solve problems and reach new levels of success and work satisfaction.

Good leaders understand their own ignorance and respect their subordinates’ expertise.

If you’ve been working long enough, it’s only a matter of time before you end up with a bad boss. But have you ever asked yourself what it is that makes some people so bad at leading effectively?

One trait common to bad bosses is that they believe they know everything. Great leaders, in contrast, know that, especially in today’s chaotic, fast-changing environment, it’s impossible to know it all.

Michael Skelly is an experienced leader, responsible for launching several successful companies focused on renewable energy. While earning his MBA at an Ivy League school, Skelly realized that, though his classmates were bright, they were often too scared to ask questions, since asking would reveal a lack of knowledge.

At the same time, Skelly found that these classmates all respected his willingness to speak up and admit his ignorance. Skelly now incorporates this refreshing honesty into all his business dealings, and when asked about his greatest strength as a leader, he points to his ability to ask questions and admit when he doesn’t understand something.

Skelly’s example also shows that being a humble leader is important, especially today, when more organizations are moving toward democratic and decentralized leadership structures.

Universities and hospitals, as well as pharmaceutical and technology companies, are all favoring participatory leadership, which brings employees from every level into the decision-making process. Rather than adhering to the traditional model of having everyone obey orders passed down from on high, these organizations are implementing more democratic and collaborative structures.

Appropriately enough, the author has found that it’s within these democratically-run organizations that know-it-all leaders are most resented.

Doctors, professors, software engineers and scientists lodge the most complaints about bosses who stick their noses in their work. So a good leader isn’t one who barks orders or thinks they have all the right answers. A good boss knows when to stand back and trust that their staff has what it takes to make decisions and do the job they’ve been hired to do.

Good leaders understand the power of meaningful communication, so ban mobile phones from the meeting room.

Have you ever been in a meeting and ……..