IBM’s Watson Health division has been under fire for not delivering on its promise to use AI to enable smarter, more personalized medicine. But IBM officials maintain that hospitals are seeing benefits. 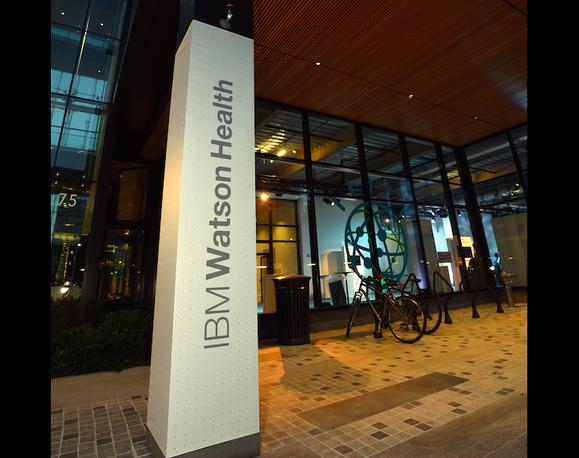 IBM Watson AI- In recent weeks, IBM has changed leadership at its Watson Health division and  announced a new business strategy for deployment that relies on a hybrid cloud, not a  public- or private-cloud only model.

Over the past year, Watson Health – particularly Watson for Oncology – has come in for criticism that it has underperformed expectations. (Watson for Oncology is IBM’s commercial cognitive computing cloud platform that analyzes large volumes of patient healthcare data and published medical studies to offer physicians cancer treatment options.)

Laura Craft, a vice president of research for Gartner’s Healthcare Strategy business, said itnoted that IBM’s Cognitive Computing Division did not do well in recent third-quarter results, “and that was largely driven by the healthcare component.”

Craft also pointed to the recent leadership changes as indicative of internal problems.

Reports of trouble, and IBM’s defense

treatment advice and that company medical specialists and customers identified “multiple examples of unsafe and incorrect treatment recommendations,” even as IBM was promoting its AI technology.

Stat cited several slide decks it had obtained from a presentation made by IBM Watson Health’s deputy chief health officer in 2016. The slides mostly blamed problems on the training of Watson by IBM engineers and doctors at the Memorial Sloan Kettering Cancer Center (MSKCC).

Separately, an article by the Wall Street Journal claimed Watson Health had not made progress in bringing AI to healthcare.

In August, John Kelly (then IBM’s senior vice president of Cognitive Solutions and Research), fired back in a blog about the reports: “It is true, as the article reports, that we at IBM have placed a big bet on healthcare. We have done this for two reasons: 1) Most importantly, we know that AI can make a big difference in solving medical challenges and supporting the work of the healthcare industry, and 2) We see an enormous business opportunity in this area as the adoption of AI increases,” he wrote.