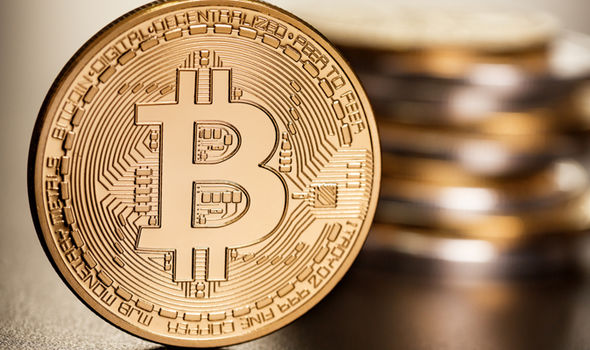 Bitcoin rallied to a $60,743 all-time high in mid-March, breaking through market records and making marks in cryptocurrency history. BTC’s astronomical value brought massive interest to the cryptocurrency sphere, which had been relatively unknown until recently. Now that everyone’s talking about crypto, the media and governments are also starting to take bigger actions toward––and against––its implications.

Why Did Cryptocurrency Become Popular in 2020?

Cryptocurrency has been dormant in the mainstream market for years, with hardly any big breaks since the legendary end-of-2017 bubble that forced the Bitcoin price to plummet by over 500%. The event was so etched to the hearts––and portfolios––of investors that it turned crypto into a less-than-favourable asset, especially for people new to the market.

That is, until 2020 when COVID-19 turned the world upside down and made everything worse––except for the cryptocurrency market. The government had to jumpstart the economy with trillions of dollars in stimulus checks. And while it was an essential move for the people, the economy was placed on rocky grounds. More money in circulation meant a higher chance of inflation. Investors needed a hedge to protect their wealth.

Enter Bitcoin, a readily-available, highly-secure, and limited resource, in contrast to government-issued money that can be infinitely printed. Institutions were attracted to the idea of there only being a maximum of 21 million BTC in existence. And that motivated the billions of dollars invested into Bitcoin at the end of 2020.

At the start of October 2020, prices were at $10,741. By December 31, the coin was just a hair away from $29,000. A few months into 2021, and we now see prices up to the $61,000 range. The media frenzies over breakthrough opportunities, so it was only natural for Bitcoin to make it to the global news––and mainstream interest was quick to follow.

Breaching the Corners of the World

While the face of cryptocurrency that’s often showcased in the limelight is an investment opportunity for eager traders, its core value was never intended for institutions to gain further leverage. In fact, Bitcoin’s long-standing philosophy is to eliminate the presence of third-party intermediaries––banks, moneylenders, payment providers––in the transaction system. That’s why blockchain technology was built to be peer-to-peer.

And while the Bitcoin evolution didn’t quite go as planned, there’s no doubt that cryptocurrency can still be credited for its contributions to the far corners of the world: in places where inflation, conflict zones, and uncertainty loom.

Cryptocurrency has trickled its way into not just the first-world but also to less fortunate areas, where coins serve a much bigger purpose than an investment trend.

Venezuela, a cash-poor and crisis-stricken country, has an out-of-control economy that has spiralled beyond relief. With a hyperinflation rate of over 10,000,000% since 2018, cash is difficult to come by and almost worthless. Bitcoin trading in the country has been at an all-time high since 2019, offering a more reliable form of currency and an escape from the endless cycle of poverty. BTC mining has become an officially-recognised source of income.

Researchers also found a higher density of cryptocurrency-related searches in conflict zones, such as Syria, Palestine, and Cuba. With as much as over 50% of sampled searches circling back to crypto, experts can conclude that interest in digital currencies isn’t rare in countries where fiat money is unstable and difficult to use due to government control.

This usability sheds a bright light on crypto’s usability in real-world scenarios. It has already proven its potential to save struggling economies––but bypassing governments can prove to be one of its greatest roadblocks.

The Risk Behind Bitcoin’s All-Time High

The Bitcoin bear market has put cryptocurrency prices on an upward trajectory, allowing lucky investors to bask in their massive gains. But big wins won’t fall under the radar forever––and now governments are responding to the recent wave of crypto interest. While governments are also increasingly gaining an interest in the DeFi sector, they’re concerned over private cryptocurrencies’ two pitfalls: crime and sustainability.

India recently made a grim announcement indicating the possibility of making cryptocurrency illegal. The news broke out within a day of BTC’s $60,000 milestone, forcing prices to drop by $4,000 within 24 hours. The Indian government has plans to release local crypto, which historically doesn’t do well––evident through Venezuela’s local Petro’s failure. Outlawing privately-owned coins is likely a move to ensure that the success of the government-controlled digital currency.

Government crackdowns are major roadblocks in the increasingly popular cryptocurrency playing field. And as Bitcoin further gains popularity, the possibility for larger restrictions are just over the horizon. It’s entirely possible for a successful investor to lose it all overnight because of a game-changing policy––a risk you’ll have to take when deciding to join in on the hype.

The Dark Side of Crypto: Cybercrime

One of the biggest selling points of cryptocurrency is its anonymity. While the movement of transactions can be traced within the blockchain, the specifics––such as who and what––are completely out-of-sight. This mechanism disallows governments and corporations to spy on your transaction behaviour. And while it has its upsides, anonymity is a double-edged sword.

The Silk Road incident––which involved shutting down a black market for trading illegal goods on the dark web––was a massive wake-up call to the multifaceted nature of cryptocurrency. The website allowed people to purchase drugs, firearms, and other unlawful substances with Bitcoin, prompting warning signals for BTC usage.

While the incident occurred in 2013, the possibility of committing a crime with cryptocurrency is still rampant today. France has just approved new measures against anonymous transactions, which had propagated the spread of terrorist financing. And as cryptocurrency grows more and more popular, the doors for easy crime are wide open.

The True Cost of Cryptocurrency

Beyond crime, the massive influx of interest over cryptocurrency––and most especially Bitcoin––has brought to light another major issue: environmental degradation. Proof-of-Work (PoW) mining is a process where people can “earn” coins by solving cryptographic puzzles with powerful GPUs. Popular cryptos, such as Bitcoin and Ethereum, utilise this system to mint new assets. And with a growing Bitcoin price comes an increasing number of miners––a small population of people that use more electricity than the entirety of Argentina.

Cryptocurrency mining is an inherently unsustainable practice, especially as the world battles against a quickly-degrading environment. The recent surge in BTC prices has only fueled the fire with eager opportunists looking to score big bucks––at the expense of nature.

While cryptocurrency continues to strive for mass adoption, there are always risks that need to be curbed before they spiral out of control. The big question now is whether or not the cost of cryptocurrency is worth pushing for a new kind of economy, and what will governments and institutions do to solve the industry’s issues? For now, only time will tell.

Ways to safely follow this year’s summer of sport

Daylite Offers a Customized CRM for Small Businesses That Use Mac

What to know before engaging an ERP support provider