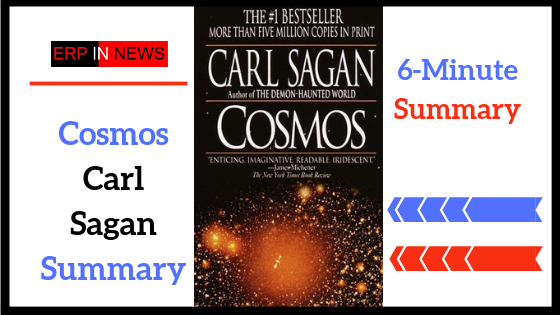 What’s in it for me? Take one small step toward understanding the greatness of the Cosmos.

Cosmos Carl Sagan Summary – Sometimes the drama of life can be overwhelming. Forgot to pick up your sister from the airport? Flunked another exam? At times like these, it may seem that your life is all-consuming and has taken over every iota of the earth’s energy. But, of course, there are billions of other people in the world. And as for the earth itself, well, that is just the smallest bit of grit in an ever-expanding universe. What have you got to worry about?

Carl Sagan’s talents lay in making the difficult relatable. And in many ways, nothing is more massive than the Cosmos. Learning about the universe isn’t always about difficult math. It’s as much a history lesson as a science lesson. Following on from Sagan’s lead, these blinks take you on a journey through humanity’s interest in the universe and space from prehistoric times through to the greatest voyages of space exploration in the twentieth century.

The history of humankind has long been confined to earth. To us, it is everything, quite literally our world. But compared to the universe as a whole, the earth is really just a speck within a speck of dust. That’s because the size of the universe, or the Cosmos, is almost beyond comprehension.
In fact, it’s so big that we’ve had to create a special unit of measurement based on the speed of light.

Light is the fastest thing in the universe: in just one second it travels 186,000 miles or 300,000 km. That, in relatable terms, is equivalent to seven times around the earth.

Based on that, when scientists talk about the Cosmos, they use light-years. That’s the distance that light travels in a whole year. To put a figure on it, about 6 trillion miles, or 10 trillion km!

If that wasn’t already remarkable enough, consider that the Cosmos has contained within it roughly a…………