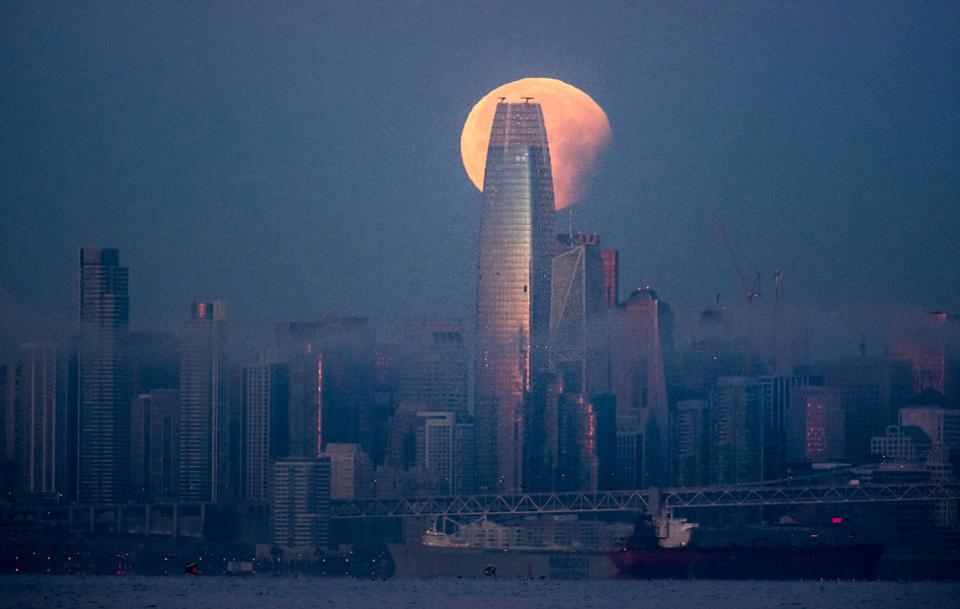 Salesforce did something very impressive in getting companies to sign up for software as a service instead of licensing software. Now it occupies the tallest building in San Francisco.

But that blood moon over Salesforce Tower is an auspicious sign of its commercial battle with a scrappy startup.

Copper, a San Francisco-based Customer Relationship Management (CRM) company founded in 2013 with five employees, is winning customers from Salesforce at an impressive clip as it gobbles up the small and medium-sized business customers that Salesforce is abandoning.

And in a few years, Copper (previously known as ProsperWorks) hopes to do for large enterprises — the customers that Salesforce is embracing now in its march to $20 billion in revenue — what it did for SMBs. (I have no financial interest in the companies mentioned in this post).

Before getting into that, Salesforce — which helped create the $52 billion CRM market growing at 20% annually — is not doing too badly. Its shares are up 41.3% in 2018, revenues have grown at a five year annual rate of 28% to $10.5 billion; while free cash flow has grown at a 32% annual rate to $2.2 billion, according to Morningstar.

But Copper — which supplies “CRM solutions for companies that use Google applications” — seems to be growing rapidly. Copper has raised a total of $87 million, employs over 200 people and serves 10,000 customers as it barrels towards a goal of topping $100 million in annual recurring revenues (ARR).

Copper says it competes in the small (under 100 employees) and medium-sized (100 to 1,000 employees) business market segments (30% to 40% of the CRM market) and beats Salesforce regularly.

As CEO Jon Lee explained in an August 7 interview, “We beat Salesforce 60% to 70% of the customer face-offs and 40% of our customers formerly used Salesforce. Salesforce is abandoning its SMB customers to focus on the large enterprise so it can increase sales from $12 billion to $20 billion.”

Copper changed its name from Prosperworks because people could not remember it and Copper implies “a conductor of relationships,” according to Lee who says it offers customers a better deal than Salesforce.

He argued that most CRM implementations fail. “Customer relationships are the lifeblood of their business. CRM naturally piqued my interest. As I did more research, I was shocked to read in a Forrester report that in this massive $42B market, nearly half of CRM implementations were considered failures.”