Home Cloud Every cloud has a silver lining? Not if it is run by an internet giant John Naughton 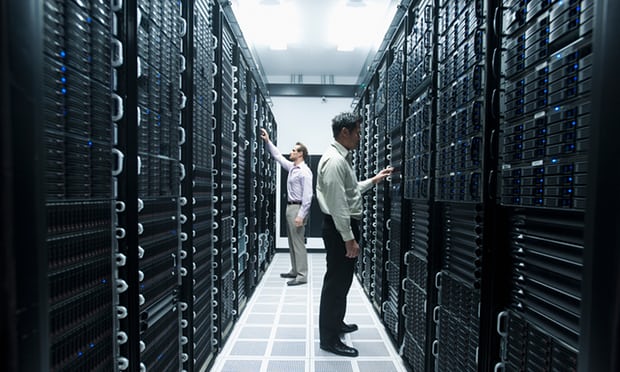 cloud has a silver lining

Ten years ago, the tech commentator Nicholas Carr published The Big Switch: Rewiring the World From Edison to Google. It was the first attempt to explain to a general audience the significance of the computing industry’s move to what became known as “cloud computing”.

In the book, Carr sketched an analogy between the building of the electric grid a century earlier and the move to cloud computing that was already well under way in 2008. Electricity was once generated locally – every factory had its own generator – but eventually it was provided by huge generating stations run by large utility companies and distributed through a national network: the grid. The same process, Carr argued, would happen (indeed, was happening) to data processing. Instead of being done locally – in the server-rooms of individual organisations – it would be done in huge server farms and the results distributed through a national (now international) network: the internet.

Broadly, all this has come to pass. In fact, the networked world we now inhabit is only possible because of cloud computing. That smartphone of mine would be just an expensive paperweight without it. Everything that happens when we use Google, Facebook, Twitter, Gmail, Hotmail, Instagram, Flickr, Netflix, Spotify, Google Translate and the rest is accomplished by a combination of server-farm computation and internet bandwidth. That doesn’t mean that no computation is being done locally on our desktop, laptop and mobile devices, but without their umbilical connections to the cloud their usefulness would be severely curtailed.

Cloud computing is just a metaphor. It has its origins in the way network engineers in the late-1970s used to represent the internet as an amorphous entity when they were discussing what was happening with computers at a local level. They just drew the net as a cartoonish cloud to represent a fuzzy space in which certain kinds of taken-for-granted communication activities happened. But since clouds are wispy, insubstantial things that some people love, the fact that what went on in the computing cloud actually involved inscrutable, environmentally destructive and definitely non-fuzzy server farms owned by huge corporations led to suspicions that the metaphor was actually a cosy euphemism, formulated to obscure a more sinister reality.

To engineers, Carr’s analogy of electricity had an agreeably deterministic ring to it. Putting more and more computational services in the cloud seemed the rational thing to do. Just as anyone could get electrical power simply by plugging into a socket, why shouldn’t everyone be able to get data-processing power by switching on their phones? People could keep all their data in the cloud, backed up and protected by industrial-scale hardware and expertise.