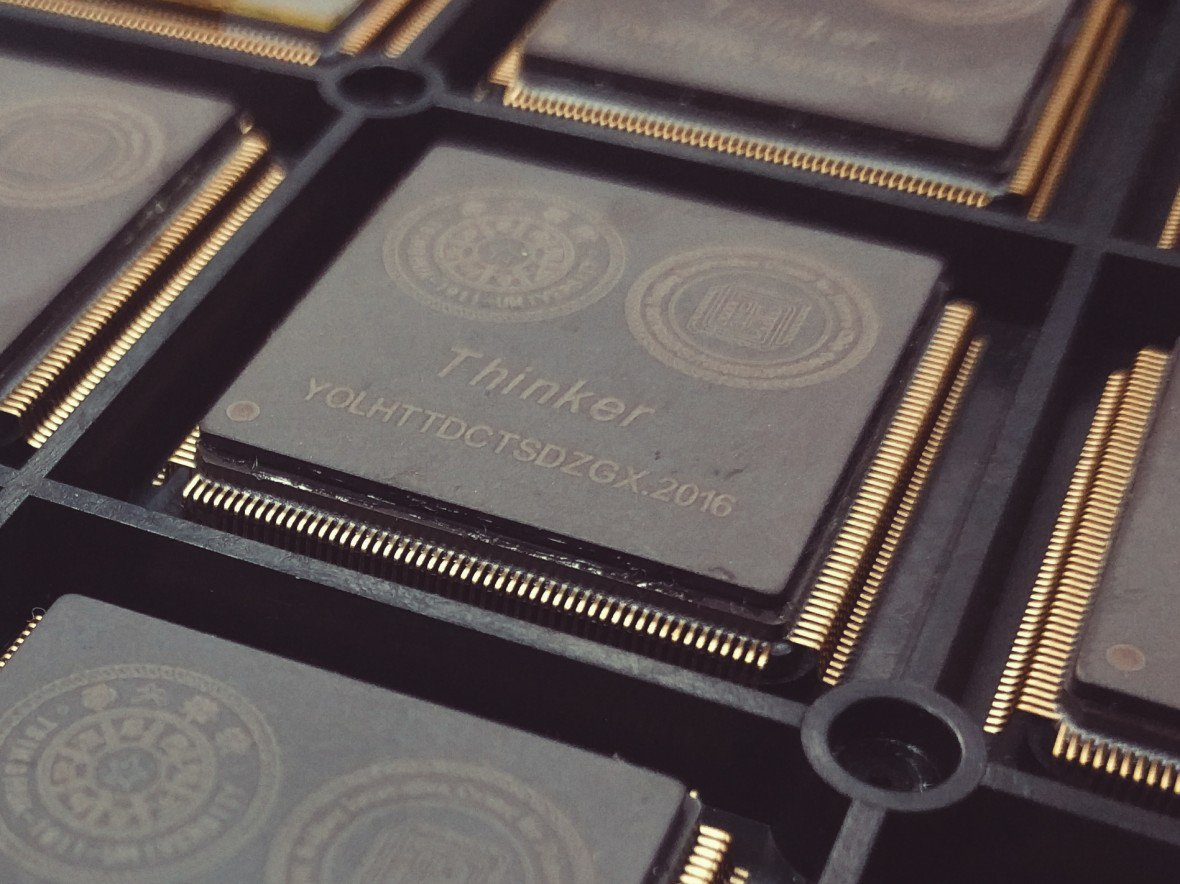 chips that will add AI to any gadget

The AI boom offers Chinese chipmakers a chance to catch up after years of lagging behind.

In an office at Tsinghua University in Beijing, a computer chip is crunching data from a nearby camera, looking for faces stored in a database. Seconds later, the same chip, called Thinker, is handling voice commands in Chinese. Thinker is designed to support neural networks. But what’s special is how little energy it uses—just eight AA batteries are enough to power it for a year.

Thinker can dynamically tailor its computing and memory requirements to meet the needs of the software being run. This is important since many real-world AI applications—recognizing objects in images or understanding human speech—require a combination of different kinds of neural networks with different numbers of layers.

In December 2017, a paper describing Thinker’s design was published in the IEEE Journal of Solid-State Circuits, a top journal in computer hardware design. For the Chinese research community, it was a crowning achievement.

The chip is just one example of an important trend sweeping China’s tech sector. The country’s semiconductor industry sees a unique opportunity to establish itself amid the current wave of enthusiasm for hardware optimized for AI. Computer chips are key to the success of AI, so China needs to develop its own hardware industry to become a real force in the technology (see “China’s AI Awakening”).

“Compared to how China responded to previous revolutions in information technology, the speed at which China is following the current [AI] trend is the fastest,” says Shouyi Yin, vice director of Tsinghua University’s Institute of Microelectronics and the lead author of the Thinker paper, referring to the effort to design neural-network processors in China.

Even as China has become a manufacturing hub of solar panels and smartphones, the country’s semiconductor industry lags far behind that of the U.S. Between January and September 2017, China spent $182.8 billion importing integrated circuits—a 13.5 percent increase from the previous year, according to the China Semiconductor Industry Association. Major U.S. tech companies, including Google and Intel, as well as a few startups, are developing chips for AI applications (see “The Race to Power AI’s Silicon Brains”).

In a three-year action plan to develop AI, published by China’s Ministry of Industry and Information Technology in December 2017, the government laid out a goal of being able to mass-produce neural-network processing chips by 2020.