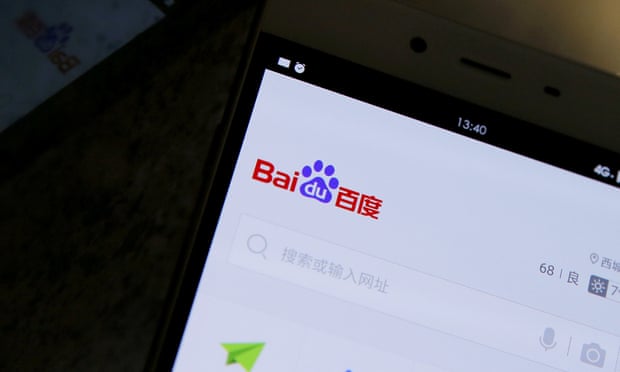 Company is first Chinese member of Partnership on AI, following, Google, Apple, Facebook and others

AI global- The AI ethics body formed by five of the largest US corporations has expanded to include its first Chinese member, the search firm Baidu.

The Partnership on Artificial Intelligence to Benefit People and Society – known as the Partnership on AI (PAI) – was formed in 2016 by Google, Facebook, Amazon, IBM and Microsoft to act as an umbrella organisation for the five companies to conduct research, recommend best practices and publish briefings on areas including ethics, privacy and trustworthiness of AI.

In the two years since it was founded, it has grown rapidly, with more than 70 members across the private sector and academia, including Apple, which joined in 2017. But until now, it has had no representation from mainland China – although Hong Kong University’s engineering school is a member of the partnership.

The president of Baidu, Ya-Qin Zhang, said in a statement: “As AI technology keeps advancing and the application of AI expands, we recognise the importance of joining the global discussion around the future of AI. Ensuring AI’s safety, fairness and transparency should not be an afterthought but rather highly considered at the onset of every project or system we build.”

Chinese researchers have been stereotyped in the west as being more willing to play fast and loose with the ethics of potential AI advances, making the presence of a Chinese firm in the partnership an important step towards achieving global agreement about how best to use the technology – and what limits to place on it.

“I think it’s important to acknowledge that there are substantial cultural and policy differences between the west and the east,” said the partnership’s executive director, Terah Lyons. “China, in particular has been talked about as having very different ways of doing things with regards to technology development and deployment.

“But differences in culture and jurisdiction, [particularly those] related to the policy ecosystem, are something that PAI is very well-placed to take a lead on.

“I think Baidu is grappling internally with how they want to confront a lot of the challenges of dealing with machine intelligence,” Lyons added. “I feel like involvement in the productive conversations that PAI is facilitating will help.”

Frequently referred to as “China’s Google”, Baidu has been at the forefront of AI research in the country. Its self-driving car project led to the creation of Apollo, an open-source autonomous driving platform, while the company also runs DuerOS, a voice-enabled digital assistant, and Baidu ABC, a “smart cloud” aimed at businesses.