Home AI China is determined to steal A.I. crown from US and nothing, not even a trade war, will stop it 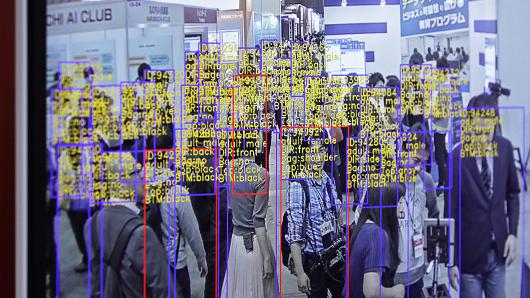 As U.S. and Chinese officials engage in highly anticipated trade talks, officials from China have asserted that it will not discuss two of the biggest trade demands from the United States. One is about the U.S. trade deficit; the other is an issue that could become the greatest technology war in history: China’s push into artificial intelligence.

The United States has good reason to be concerned about China’s hard stance. While the ongoing trade war is grabbing all the headlines, it’s the tussle for dominance in the A.I. space that could shape the economic fortunes of the two world powers. Overshadowed by the dazzling A.I. advances made by the United States so far, China has been silently but resolutely building an ecosystem that is feeding and fueling its ambition to become a world leader in A.I. by 2030.

Home to tech behemoths like Google, Microsoft, IBM and Apple, the United States is where the bulk of A.I. innovation has taken place. However, there are growing indications that China, with its own army of tech heavy hitters such as Alibaba, Tencent, and Baidu, is moving rapidly to close the gap. For one, the Asian economic giant has all the ingredients it needs to upstage Silicon Valley: generous government coffers, large population, a thriving research community and a society eager for technological change. Its investment in A.I., chips and electrics cars combined has been estimated at $300 billion.

In line with its 2030 vision, the government of Tianjin, a city a couple of hours from Beijing, plans to build a $5 billion fund to support the A.I. development. Money being no object, China is also building a giant $2.1 billion technology park to facilitate A.I. innovation. In a red-hot market for tech, China’s A.I. start-ups can raise funds with relative ease. Investors poured $4.5 billion into more than 200 Chinese A.I. companies between 2012 and 2017, according to a white paperproduced by Kai-Fu Lee, a former Google and Microsoft executive who now leads a venture-capital firm, Sinovation Ventures.

China’s goal is to foster a $1 trillion A.I. industry by 2030. Last month Chinese A.I. start-up SenseTime raised $600 million in a deal led by Alibaba, reported as the largest-ever in the A.I. space. The deal gave SenseTime an implied valuation in some reports of more than $3 billion, or even as high as $4.5 billion.