Why even a moth’s brain is smarter than an AI 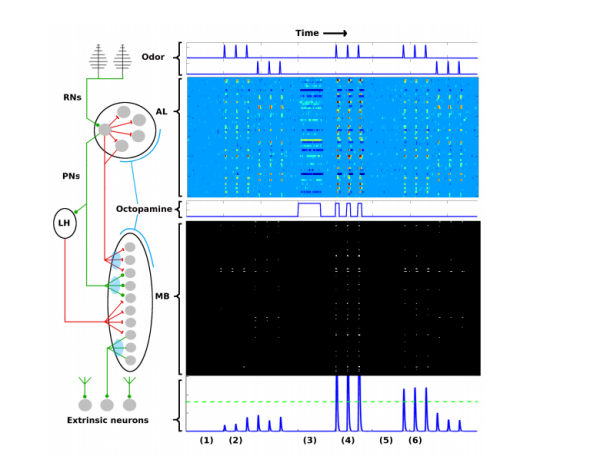 A neural network that simulates the way moths recognize odors also shows how they learn so much faster than machines.

One of the curious features of the deep neural networks behind machine learning is that they are surprisingly different from the neural networks in biological systems. While there are similarities, some critical machine-learning mechanisms have no analogue in the natural world, where learning seems to occur in a different way.

These differences probably account for why machine-learning systems lag so far behind natural ones in some aspects of performance. Insects, for example, can recognize odors after just a handful of exposures. Machines, on the other hand, need huge training data sets to learn. Computer scientists hope that understanding more about natural forms of learning will help them close the gap.

Enter Charles Delahunt and colleagues at the University of Washington in Seattle, who have created an artificial neural network that mimics the structure and behavior of the olfactory learning system in Manduca sexta moths. They say their system provides some important insights into the way natural networks learn, with potential implications for machines.

First some background. The olfactory learning system in moths is relatively simple and well mapped by neuroscientists. It consists of five distinct networks that feed information forward from one to the next.

The first is a system of around 30,000 chemical receptors that detect odors and send a rather noisy set of signals to the next level, known as the antenna lobe. This contains about 60 units, known as glomeruli, that each focus on specific odors.

The antenna lobe then sends neural odor codes to the mushroom body, which contains some 4,000 kenyon cells and is thought to encode odors as memories.

Finally, the result is read out by a layer of extrinsic neurons, which number in the 10s. These interpret the signals from the mushroom body as actions, such as “fly upwind.”