Blockchain & IoT Convergence: Is It Happening? 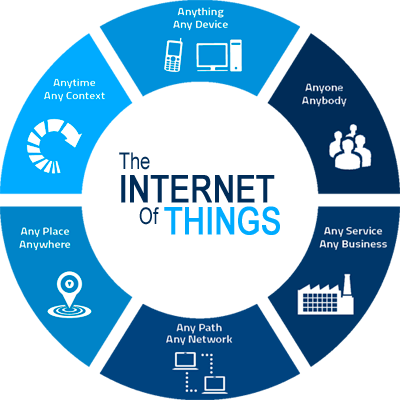 The centralized architecture of most IoT solutions means that there is serious potential lack of resilience. Blockchain is an emerging technology that could help with system resiliency.

Many obstacles are slowing down the adoption of the IoT.

First, the market for IoT devices and platforms is fragmented, with many standards and many vendors. There is ongoing uncertainty about the technology, the vendors and the solutions offered.

Second, there are concerns about interoperability, as the solutions implemented often tend to create new data silos.

Data in the cloud is often stored securely, but cloud-based security implementations cannot protect your data against devices with compromised integrity, nor against data tampering at the source.

Finally, the centralized architecture of most IoT solutions means that there is serious potential lack of resilience. When all transactions are processed in the cloud, unavailability of cloud resources can freeze your business operations.

Blockchain is an emerging technology that could help with system resiliency.

The basic concept of blockchain is quite simple: it is a type of distributed database that is referred to as distributed general ledger, and it maintains a continuously growing list of ordered records. (See a blockchain video demo: https://anders.com/blockchain/.)

The press usually ties the term “blockchain” to transactions, smart contracts or cryptocurrencies, but the technology itself has a much greater potential. This is why we need to dissociate blockchain from specific implementations such as Bitcoin and Ethereum. For example, Walmart and Ford are using blockchain to improve supply management, with no cryptocurrency involved. In fact, the convergence of blockchain and the IoT is on the agenda for many companies. And there are existing implementations, solutions and initiatives in several areas outside of the IoT and financial services.

According to IBM, the three benefits of blockchain for the IoT are building trust, cost reduction and the acceleration of transactions:

How would a blockchain-based system accomplish all of this? IBM’s point of view is that all devices in the blockchain should have the resources to run the blockchain software. With every element in an IoT system able to process blockchain data, suddenly blockchain becomes the solution to every problem! Well, not entirely.