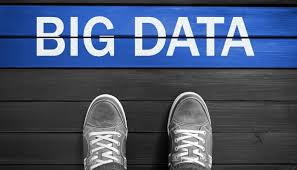 Big Data Is Dead-In December 2014, I asked whether we were at the beginning of “the end of the Hadoop bubble.” I kept updating my Hadoop bubble watch (here and here) through the much-hyped IPOs of Hortonworks and Cloudera. The question was whether an open-source distributed storage technology which Google invented (and quickly replaced with better tools) could survive as a business proposition at a time when enterprises have moved rapidly to adopting the cloud and “AI”—advanced machine learning or deep learning.

In January 2019, perennially unprofitable Hortonworks closed an all-stock $5.2 billion merger with Cloudera. In May 2019, another Hadoop-based provider, MapR, announced that it would shut down if it were unable to find a buyer or a new source of funding. On June 6, 2019, Cloudera’s stock declined 43% after it cut its revenue forecast and announced that its CEO is leaving the company. Valued at $4.1 billion in 2014, Cloudera’s current market cap is $1.4 billion.

Is this just the end of Hadoop or is it the death of Big Data? Was our fascination with lots and lots of data only a temporary bubble?

“The addition of Looker to Google Cloud,” said an Alphabet press release, “will provide customers with a more comprehensive analytics solution — from ingesting and integrating data to gain insights, to embedded analytics and visualizations — enabling enterprises to leverage the power of analytics, machine learning and AI.” The Google Cloud blog explained that “A fundamental requirement for organizations wanting to transform themselves digitally is the need to store, manage, and analyze large quantities of data from a variety of sources… The addition of Looker to Google Cloud will help us offer customers a more complete analytics solution from ingesting data to visualizing results and integrating data and insights into their daily workflows.”

Data Science in 2021: What is the future of this technology?