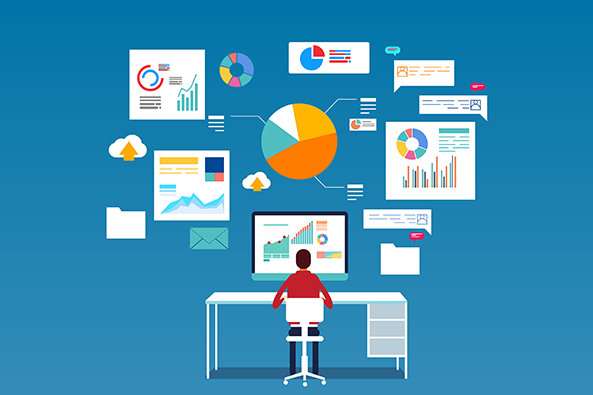 Big data firms- Big data has big benefits for big companies. For small firms? Not so much.

New research shows that smaller firms stand at a major disadvantage when compared to larger, older firms that have more earnings statements, sales figures, and other pertinent big data that investors use in their decision-making and number-crunching when assessing risk.

The study, “Big data in finance and the growth of large firms,” is the first of its kind to look at how big data affects firm distribution, said Maryam Farboodi, one of the study’s authors and an assistant professor of finance at MIT Sloan. Farboodi and co-authors Juliane Begenau of Stanford Graduate School of Business and Laura Veldkamp of Columbia Business School argue that big data helps reduce investors’ uncertainty and lowers the cost of capital for large firms relative to small ones, allowing big companies to expand even more.

“Think about the Exxons of the world,” Farboodi said. “Older firms have more data available to investors that makes them more willing to finance the firms, whose cost of capital falls as investors get better at processing data.”

This new research sheds light on a puzzling economics question: Why are large firms thriving while smaller ones are struggling? Farboodi suspects that part of the explanation is about how much data is available to investors and how much data they are able to process.

“A small firm doesn’t have a lot of data,” said Farboodi. “It doesn’t matter how well investors can process the data—there’s not a long history of it. Even if data processing technology is very advanced, there is not much to learn about small and young firms, and the high uncertainty makes investors reluctant to finance these firms.”

Statistics suggest that small firms are struggling. In the last three decades, the annual rate of new startups has slipped to less than 8 percent from 13 percent, according to previous research that the authors cite in their paper.

Meanwhile, firms with more than 1,000 employees are thriving. In terms of the U.S. labor force, large employers now employ about a third of employees—up from a quarter in the 1980s—and revenue share continues to grow, as cited in the paper and used to inform their model.

Small businesses are vital to the U.S. economy, but if the cost of capital is too high, these companies won’t be able to grow as fast or explore profitable projects, Farboodi said.

“The growth rate of the economy is very much driven by smaller businesses,” she said. “Small firms, generally speaking, have larger growth prospects. They’re newer, they’re innovative, and they have more room to potentially improve the unemployment rate and to increase the productivity of the economy.”

The study also has important takeaways for smaller companies. Mainly, that the more data they produce, the better chance they stand of lowering their cost of capital.