It’s slipped a disk, though, because services supremo admits new services plan is very much a work in progress 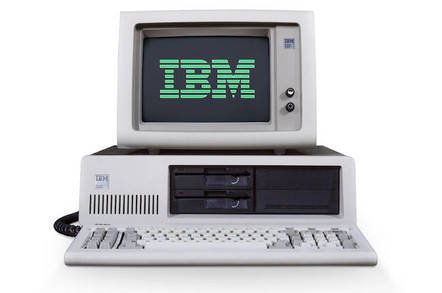 backbone of the world’s economy

IBM believes it is “the backbone of the world’s economy” and has told its services staff to hold their heads high and behave accordingly as the company rolls out new services offerings it hopes will let it dodge the implosion of outsourcing.

But the company’s plans are far from finished and staff have been told to be patient while Big Blue sorts out the details of its new offerings.

The “backbone” phrase was recently uttered by Diane Diggelmann, Big Blue’s general manager and veep in charge of services, in a start-of-year team-building video shown to staff that have been lumped together in the new “IBM Services” organisation.

Diggelmann spoke of a plan to move IBM to “global integrated delivery” – code for teams with lots of people in low-wage nations and a bare minimum of frontliners left to eyeball clients.

After lots of rah-rah stuff about new “technology-run/practitioner-directed services” and “a simplified work environment where cross functional delivery squads will have end to end accountability for the delivery of their service”, Diggelmann admitted not all of IBM’s plans have been finalized.

“I want to emphasize that Globally Integrated Delivery is a work-in-progress,” she said, calling on Big Blue’s services staff to ignore the shadow of the axe and “be more flexible than ever in the ways we work, removing barriers and ‘uniting to get it done’ in true IBM style.”

There’s some good news in the video: Diggelmann said IBM Services’ re-org is nearly done and that some time in Q1 2018 new local leadership will be announced and local strategies tabled.

But she also told IBMers to “remain flexible and stay tuned for more updates we’ll provide as soon as we can.”
Read More Here
Article Credit: The Register