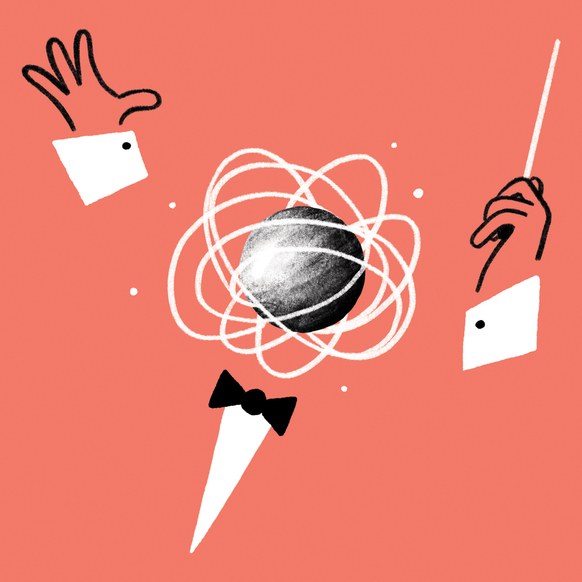 MUSIC WRITTEN BY teams, David Byrne once wrote, is arguably more accessible than that written by a sole composer. Collaborations, he mused, may result in more “universal” sentiments. But what if your partner isn’t human at all, but artificial intelligence? Now music producers are enlisting AI to crank out hits.

The Artificial Intelligence Virtual Artist, aka Aiva, combs through the works of composers such as Bach, Beethoven, and Mozart and uses the principles of music theory to make predictions and generate musical models. The program, developed by computer scientist Pierre ­Barreau, reconfigures those models into an original piece and arranges new sheet music.
Recommended track: “Among the Stars,” in the style of composer John Williams

Landr automates the audio mastering process in minutes. The AI compares nearly finished tracks to a database of 7 million already mastered singles and tweaks each song based on previous adjustments. By processing the tracks as a batch, Landr hones a unified sound.
Recommended track: R&B single “Your World,” produced by Kosine