Home AI Artificial intelligence: Ready for take-off at an airport near you

Over the next three years, 80% of airlines plan to invest in major programs or R&D for prediction and warning systems, which rely heavily on AI 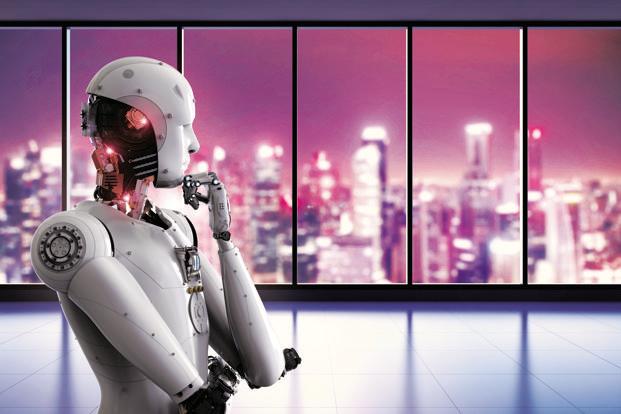 We’ve reached a tipping point in the evolution of airport IT. Thanks to the combination of immense data feeds and ever emerging technological capabilities, we’re now embarking on a journey where – over the next couple of decades – we’ll see radical changes in how people get on and off planes, and how airlines get their planes in and out of airports. And it will all be down to new types of Artificial Intelligence (AI) applications.

Imagine it. You’ll arrive at the airport in a self-drive car, whereupon a robot will collect your bag. Then you’ll present your biometric (probably your face) to get yourself through every checkpoint on your way to boarding the plane. Simple. A streamlined experience, with no fuss.

The trend is clearly underway, and we’ve seen AI cited in the recently launched IATA/ACI program, New Experience in Travel and Technologies, or NEXTT. Our research reveals that about half of airlines and airports say they’re planning to adopt predictive tools – using AI and cognitive computing – over the coming five to ten years. Already a few front runners are trialing predictive modeling, machine learning and data mining.

On time and online

One area of interest is flight disruption, which mostly because of the weather, represents a huge estimated cost of US$25 billion to the air transport industry. That’s why airlines and airports are looking at technologies to enhance responsiveness during disruptions, improving performance and customer service. Over the next three years, 80% of airlines plan to invest in major programs or R&D for prediction and warning systems, which rely heavily on AI.

The chatbot is another technology catching industry attention, with 14% of airlines and 9% of airports now use these computer programs, including KLM, British Airways and Avianca. There’s a huge appetite among air transport CIOs to embrace chatbots over the next three years. By 2020, 68% of airlines and 42% of airports plan to adopt AI-driven chatbot services, according to our Insights report.

No doubt most of us will have interacted with chatbots. They mimic human conversation; they can help with customer queries, perform check-ins and book flights. A machine taking your reservation via voice commands has already landed.