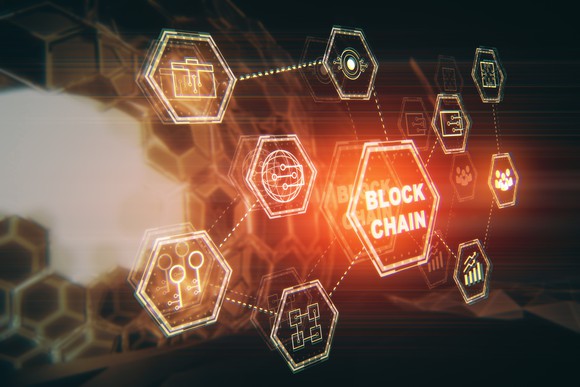 Amazon (NASDAQ:AMZN) recently introduced Blockchain Templates, a “blockchain as a service” for AWS (Amazon Web Services) that makes it easier for developers to create blockchain-powered projects. The service provides users with preset blockchain frameworks that support two popular versions of the technology.

AWS is already the largest cloud infrastructure platform in the world, so the addition of blockchain templates could attract a lot of developers. Blockchain is commonly associated with cryptocurrencies, but the distributed ledger technology can also be used to verify financial transactions, streamline logistics networks, and track supply chains.

Amazon’s AWS revenues rose 43% to $17.5 billion last year and accounted for 10% of its top line. Last quarter, IBM’s trailing 12-month cloud revenues rose 22% to $17.7 billion. However, a large portion of those revenues come from private cloud platforms — not public ones like AWS, which is considered a hybrid IaaS (infrastructure as a service) and PaaS (platform as a service).

IBM’s cloud “as a service” revenues, on a trailing 12-month basis, grew 25% annually to $10.7 billion last quarter. However, only a small, undisclosed percentage of that total comes from its PaaS platform, Bluemix, which directly competes against AWS.

IBM integrates many of its next-gen technologies, like its Watson AI platform and its IBM Blockchain service, into Bluemix. Last March IBM launched a Hyperledger Fabric service for IBM Blockchain. IBM hasn’t released an Ethereum service yet, but it recently dabbled with cryptocurrencies via a payment partnership with blockchain start-up Stellar.