Home Industry News Amazon will be a ‘major disruptive force’ to live sports rights in the next few years, analyst says 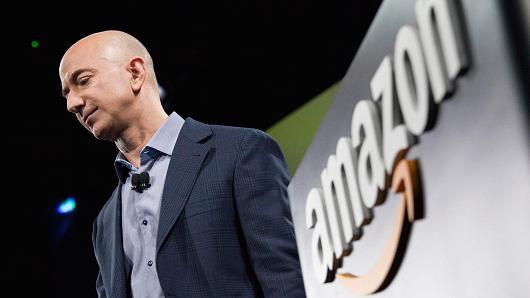 Amazon and Facebook are likely to become major players in the battle for sports rights thanks to their large audiences and deep pockets, according to an analyst.

Daniel Ives, head of technology research at GBH Insights, said in a note Tuesday that the next 12 to 18 months is a “pivotal window” for both tech giants to secure rights to various professional sports programs.

This story will play out over the next few years with Amazon and Facebook likely to become big contenders to win the right to stream games, he said.

“We note in 2021, the year when the NFL, MLB and NHL media rights deals mostly end, will be the first major opportunity for Amazon, Facebook and other major tech streaming platforms to potentially bid on some of these rights versus the likes of traditional entrenched media/cable players,” Ives said.

Facebook, for example, is willing to spend as much as $1 billion this year, according to a Wall Street Journal report, while Ives estimated Amazon could spend upward of $5 billion.

The analyst sees much of this budget being directed towards sports, just as many sports rights deals come to an end, allowing tech companies the chance to get in on the action.

“We will be watching this sports content battle closely over the coming year, as well as the success/engagement from the Facebook MLB endeavor, as it could be a sign of things to come with streaming platforms playing a bigger role in global professional sports broadcasting rights in the years ahead and potentially shaking up this market, while adding a major notch on the content belts of Amazon, Facebook and other new tech entrants to this arena.”