Deal is major coup for Channel 4, which has defied critics since poaching baking show from BBC 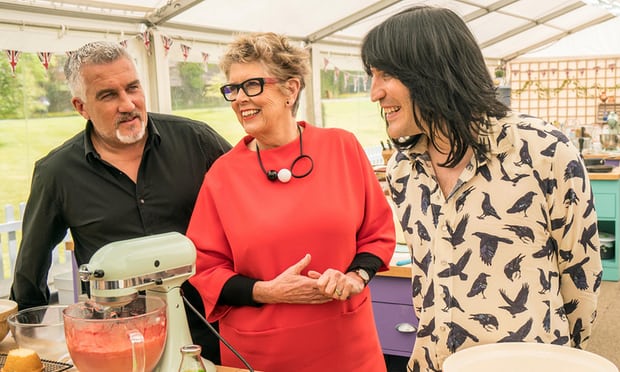 Amazon is seeking to cash in on the success of The Great British Bake Off on Channel 4 by signing up as headline sponsor of the second series, in the US tech giant’s biggest UK TV deal to date.

Amazon is thought to have paid about £5m to secure the deal, making Bake Off one of the most valuable entertainment sponsorships in the UK, alongside Britain’s Got Talent and The X Factor, after the show’s move from the BBC defied critics by proving to be Channel 4’s biggest hit in decades.

Amazon intends to use the show to push its Echo speakers and the capabilities of the Alexa virtual assistant. Bake Off attracted the largest audience of 16- to 34-year-old viewers of any TV show last year.

The final attracted Channel 4’s second-biggest audience ever, having been watched by 11 million people including those who watched it live, via recordings or repeats. As a result, the broadcaster has been able to raise the price for the second series.

The new deal with Amazon is a coup for Channel 4, which previously had to settle for splitting the headline sponsorship between two brands not known as major TV advertisers – the German baking ingredients maker Dr Oetker and the kitchen cupboard staple Lyle’s golden syrup – when an expected bidding war failed to materialise. They each paid a bargain £2m.

Channel 4 paid £75m to poach the biggest show on British TV from the BBC. Advertisers initially balked at signing a big sponsorship deal, not knowing if audiences would follow the new-look show to commercial TV. Only one judge, Paul Hollywood, made the move from the BBC.

Rival ITV sniped that Channel 4 had paid for “baking powder and a tent”, while critics were sceptical of the new lineup, which includes new hosts Sandi Toksvig and Noel Fielding and judge Prue Leith.

“It’s a great testimony to the success of Bake Off’s debut on Channel 4 last year that Amazon will sponsor the Bake Off programme brands this year,” said Jonathan Lewis, the head of digital and partnership innovation at Channel 4.

Amazon’s deal includes sponsorship of the spinoffs Bake Off: An Extra Slice, hosted by Jo Brand, and Bake Off: The Professionals, as well as celebrity and festive specials.