Home SAP Amazon Is Said to Get $1 Billion in Deals With SAP, Symantec
Amazon Web Services signed new deals with customers SAP SE and Symantec Corp. worth a combined $1 billion, Bloomberg reported • The SAP deal is for computing and storage services, tools for data management, AI, and IoT • The Symantec deal is an increase of more than seven times in its spending on AWS • Symantec will migrate its Managed Security Service, Network Protection, and Website Security Service products to AWS 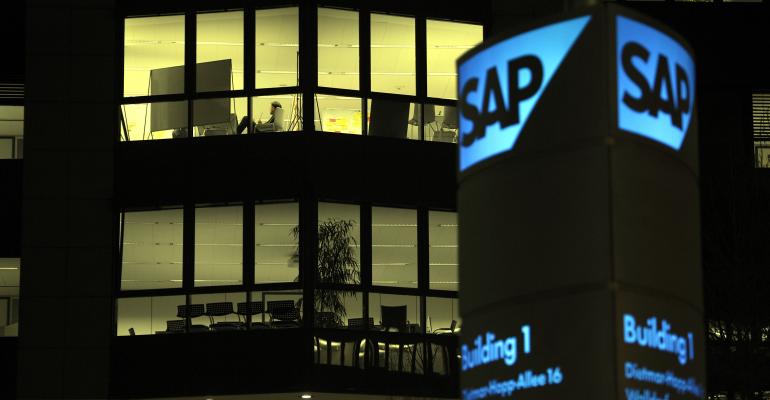 SAP Symantec- Amazon Web Services, the cloud-computing division of Amazon.com Inc., signed new deals with customers SAP SE and Symantec Corp. worth a combined $1 billion, according to an internal memo, underscoring the company’s growing momentum in the market for internet-based computing power and storage.

The contracts are each worth $500 million over 5 years, the text of an Amazon email from September showed. Both transactions represented expansions of existing partnerships. Microsoft Corp., the No. 2 cloud-services provider, had also competed for the Symantec deal, according to the memo.

Some of the world’s largest technology companies have been duking it out for supremacy in the cloud. AWS, Microsoft and Alphabet Inc.’s Google have all tried to woo organizations and companies by touting the capabilities and performance of their services, which help organizations store and process data remotely, build new applications and adopt new technologies including artificial intelligence. AWS has so far maintained the lead, winning $17.5 billion in sales last year. That’s out of a market estimated to have been worth $30 billion in 2017, and expected to balloon to $83.5 billion by 2021, according to research firm Gartner Inc.

“SAP announced its multi-cloud strategy more than two years ago,” a spokesman for the Walldorf, Germany-based software company said in a statement, referring to SAP’s plan to maintain a presence on the world’s largest public clouds, such as AWS, Microsoft, Google, International Business Machines Corp. and Alibaba Group Holding Ltd.’s cloud. “We believe in the power of collaboration.” SAP declined to comment on the Amazon agreement outlined in the memo.