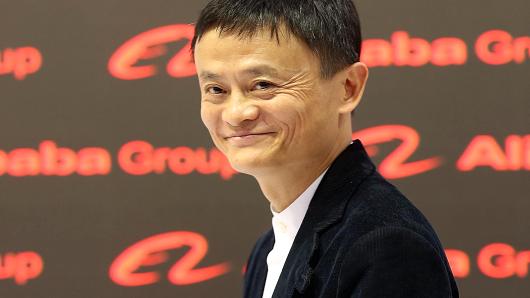 Alibaba bolstered its cloud computing presence in Europe on Tuesday with new products aimed at taking on the dominance of Microsoft and Amazon.

The Chinese technology giant launched cloud products around artificial intelligence (AI) and big data in Europe that have already been in use in other markets including China.

One product allows users to take a photo of an item with Alibaba’s AI able to then bring up the product on an e-commerce website. Another product is aimed at finding security vulnerabilities in a network.

Alibaba Cloud has been in Europe since 2016, and last year launched another AI and data-focused product into the market. But so far, Alibaba’s efforts have focused on serving Chinese customers operating in Europe. Now it wants to try and sign up European businesses.

“We believe we need to service local clients leveraging our computers on the AI and big data,” Yeming Wang, general manager of Alibaba Cloud Europe, told CNBC ahead of the announcement at Mobile World Congress in Barcelona, Spain.

Alibaba currently only has one data center in Europe — in Frankfurt, Germany — which serves the whole region. Yeming said Alibaba is planning to open new data centers in the continent, but gave no further details.

The cloud business is Alibaba’s fastest-growing unit, with revenues growing 104 percent year-on-year in the fourth quarter of 2017 to 3.6 billion yuan ($570.6 million). It has more than 1 million paying customers. But cloud still makes up just 4 percent of total revenues for Alibaba.

Yeming admitted that the European cloud business “is still like a baby” but is excited about the prospects in the market as more companies look to digitize.