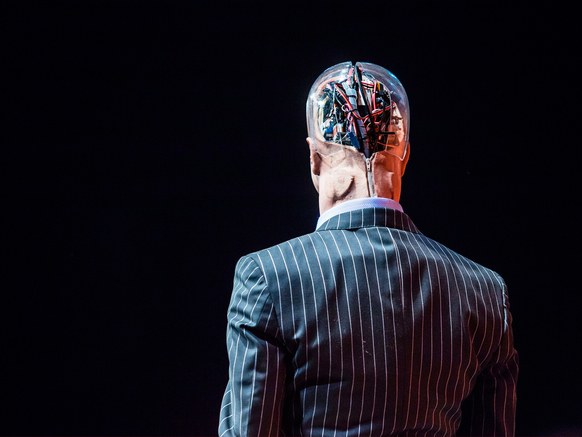 AI NIPS- THE FUTURE OF humanity will be shaped by artificial intelligence. Now some of the best brains working on the technology are riven by a debate about a four-letter acronym that some say contributes to the field’s well-documented diversity problems.

NIPS is the name of AI’s most prominent conference, a venue for machine learning research formally known as the Annual Conference on Neural Information Processing Systems. Researchers at tech companies including Google and leading universities allege that the name contributes to an atmosphere unwelcoming to women. The acronym has long inspired anatomical jokes about nipples; others dislike the word’s racist connotations.

“It encourages juvenile behavior and it’s a distraction from the science we’re trying to do,” says Anima Anandkumar, a Caltech professor and director of research at chipmaker Nvidia. Late Wednesday she tweeted a link to an online petition asking the NIPS board to rename the event. There are now more than 800 signatories, including researchers at Amazon, Microsoft, and Google.

They include Jeff Dean, who as Google’s top AI boss leads one of the world’s largest and most influential AI research groups, dubbed Google Brain. Dean told WIRED Thursday that he plans to raise his concerns with members of the NIPS board when he gets the chance. “I think enough people are made to feel uncomfortable by the current name that the NIPS board should change the name,” he tweeted Wednesday.

University of Washington grad student Maarten Sap’s attempt to follow the brouhaha helped illustrate the complaints from Dean and others: When he plugged “nips” into Twitter’s search function, it led him to pornographic tweets.

AI is projected to reshape everything from health care to war, but the community of people working on the technology is markedly different from the society it is supposed to serve. WIRED and startup Element AI found that in recent years at NIPS and two other leading academic conferences, only about 12 percent of people presenting work were women. That suggests the field is even less diverse than the notoriously monocultural tech industry. Some researchers fear this raises the risk of incidents like those in which image recognition systems have been found to have skewed views of women or black people.

The name NIPS became a flashpoint in the debate over how to make AI more inclusive earlier this year after complaints about sexist behavior at the conference, which takes place each December. A blog post about an on-stage remark about sexual harassment at last year’s conference led to investigations into accusations of physical harassment by Google’s director of statistics research Steven Scott, and University of Minnesota professor Brad Carlin. Both subsequently left their their jobs.

That incident helped inspire an open letter in March from 112 Johns Hopkins University faculty asking the NIPS board to seek a name less “vulnerable to sexual puns.” In April the board said it would consider alternatives, and in August it surveyed attendees from the past five years on crowdsourced options including SNIPS or ICOLS.

HOW BENEFICIAL IS AI TO PRODUCTIVITY?