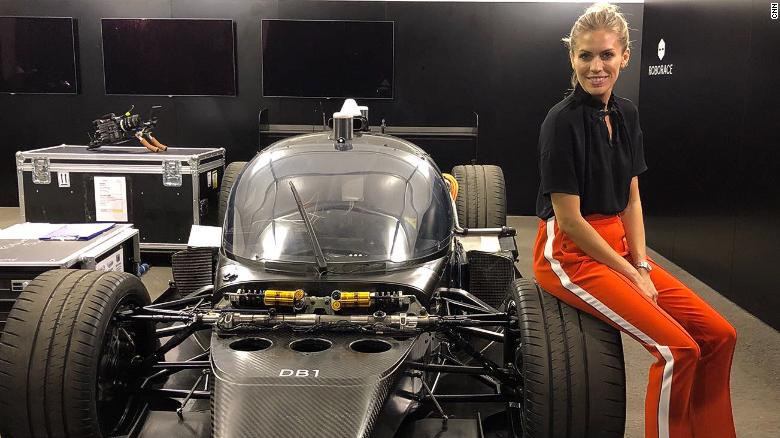 But can a autonomous car go faster than a human driver on a race track?
Earlier this month, CNN’s Supercharged presenter Nicki Shields got the chance to find out as she pitted her driving skills against the world’s first autonomous electric racing car in Hong Kong.
Shields was racing in, as well as against, the “DevBot,” a prototype AI race car developed by Roborace which has both human and autonomous modes.
The DevBot has been a regular fixture at Formula E events over the past 12 months, showing off its driverless technology at races in Marrakech, Buenos Aires, Paris, Berlin and New York. But it had never gone head-to-head with a human driver.
Chinese board game Go and more recently
chess champion, mastered the ancient

Racing on the track that staged the opening two rounds of the 2017-18 Formula E championship, the task for both human and robot was complicated by the confines of the street circuit.
“It’s quite scary because it’s very narrow — there was no room to maneuver,” Shields explained.
“Going into one of the chicanes is insanely tight, and of course if you get it wrong you are in the wall. You have to get it right every time.”
For Roborace, it wasn’t just the track but Hong Kong’s unique topography that posed problems.
“This was our first time of running our completely new AI Driver software in a built-up urban environment,” Roborace’s CTO Bryn Balcombe told CNN via email.
AI racecar vs. human: Who wins
Read More Here
Article Credit: CNN

ERP in the Age of Industry 4.0