The applications for artificial intelligence and machine learning in self-driving vehicles range from infotainment systems to advanced driver assistance systems, according to new report from IHS.

Artificial intelligence and machine learning technology are burgeoning spaces in the tech industry, and a new report from analytics firmIHS indicates AI developers are increasingly focused on the autonomous vehicle space.

AI systems, which continuously learn from experience by their ability to discern and recognize their surroundings, have the potential to be highly beneficial when integrated into an autonomous vehicle’s software architecture.

Autonomous vehicles already rely on sophisticated radar systems and multiple cameras and sensors to analyze and adapt to a rapidly changing environment. AI could help these self-driving vehicles recognize patterns and learn from the behavior of other vehicles on the road, according to IHS.

The IHS report estimated unit shipments of AI systems used in infotainment and advanced driver assistance systems (ADAS) systems are expected to rise from just 7 million in 2015 to 122 million by 2025. 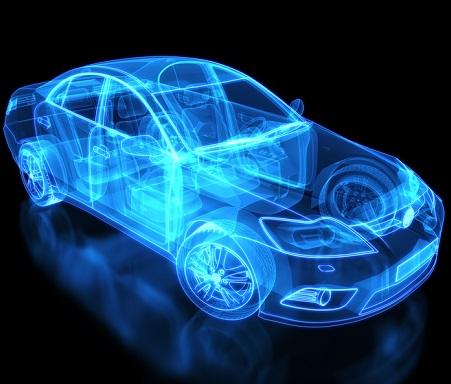 The AI applications inherent in infotainment systems could include the abilities to direct the vehicle to a gas station if it’s running out of fuel and to recognize a faster route due to traffic conditions.

“It learns, as human beings do, from real sounds, images, and other sensory inputs,” Luca De Ambroggi, principal analyst for automotive semiconductors at IHS Technology, wrote in the June 13 report summary. “The system recognizes the car’s environment and evaluates the contextual implications for the moving car.”

As automakers continue to pour money into the research and production of ADAS systems and autonomous vehicles, the IHS report highlighted two companies in particular — BMW and electric car specialist Tesla Motors — as having made particular strides in AI.

The analyst firm noted the 2015 BMW 7 Series was the first car to use a hybrid approach to infotainment human machine interfaces, offering embedded hardware able to perform voice recognition in the absence of wireless connectivity.