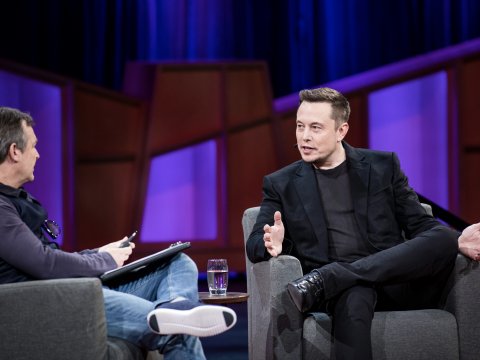 There’s been a lot of speculation in the last couple of years about how much money technology firms are paying the world’s top artificial intelligence (AI) experts but concrete numbers have been hard to come by.

That changed this week when Cade Metz, a journalist for The New York Times, revealed that he had stumbled upon a tax filing from OpenAI — an AI research lab set up by Tesla CEO Elon Musk — that included staff salaries and bonuses. Here’s the original story.

The numbers are high, especially when you consider the fact that Open AI is a non-profit organisation. The company, which says it is working to ensure AI benefits all of humanity, was founded in San Francisco in 2015.

OpenAI research director Ilya Sutskever took home more than $1.9 million in 2016, while Ian Goodfellow received over $800,000, despite not being hired until March of that year. Sutskever and Goodfellow were both poached from Google. Roboticist Pieter Abbeel, who joined from the University of California, Berkeley, in June 2016, was paid $425,000 for his work that year. The figures on the tax form include signing bonuses so it’s hard to know exactly how much their salaries are.

The world’s biggest technology companies are in a global war for the top AI researchers and salaries have risen sharply due to a skills shortage. Many of them are hiring professors directly out of elite universities like Oxford, Cambridge, and Stanford.

It’s likely that some individuals at companies like Google, Facebook, Amazon, Apple, and Microsoft are making even more money than OpenAI’s top earners because of their stock options. OpenAI can’t offer stock because it’s a non-profit.