Companies in ‘slow lane’ when advancing in data analytics: Gartner 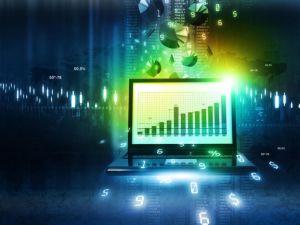 The lion’s share of global companies – 91 per cent – haven’t reached a “transformational” level of maturity in data and analytics, despite this being a number one investment priority for CIOs, according to a worldwide Gartner survey.

The lion’s share of global companies – 91 per cent – haven’t reached a “transformational” level of maturity in data and analytics, despite this being a number one investment priority for CIOs, according to a worldwide Gartner survey.

“Most organisations should be doing better with data and analytics, given the potential benefits,” according to Gartner research vice-president Nick Heudecker.

“Organisations at transformational levels of maturity enjoy increased agility, better integration with partners and suppliers, and easier use of advanced predictive and prescriptive forms of analytics. This all translates to competitive advantage and differentiation.”

The global survey asked respondents to rate their organisations according to Gartner’s five levels of maturity for data and analytics. It found that 60 per cent of respondents worldwide rated themselves in the lowest three levels.

The survey revealed 48 per cent of organisations in Asia Pacific reported their data and analytics maturity to be in the top two levels. This compares to 44 per cent in North America and just 30 per cent in Europe, the Middle East, and Africa (EMEA).

Gartner also found the majority of respondents worldwide assessed themselves at level three (34 per cent) or level four (31 per cent). Twenty-one percent of respondents were at level two, and 5 per cent at the basic level, level one. Just nine per cent of organisations surveyed reported themselves at the highest level, level five, where the biggest transformational benefits lie.

“Don’t assume that acquiring new technology is essential to reach transformational levels of maturity in data and analytics,” Heudecker said. “First, focus on improving how people and processes are coordinated inside the organisation, and then look at how you enhance your practices with external partners.”

The survey showed the most common business problem that organisations sought to address with data and analytics was improving process efficiency with 54 per cent of respondents worldwide marking it in their top three problems. Enhancing customer experience and development of new products were the second most common uses, with 31 per cent of respondents listing each issue.

Additionally, the three most common barriers include: defining data and analytics strategy; determining how to get value from projects; and solving risk and governance issues.

Gartner also revealed that despite a lot of attention around advanced forms of analytics, 64 per cent of organisations still consider enterprise reporting and dashboards their most business-critical applications for data and analytics. Similarly, traditional data sources such as transactional data and logs also continue to dominate, although 46 per cent of organisations now report using external data.

Analytics And Insight: Digging Into Data