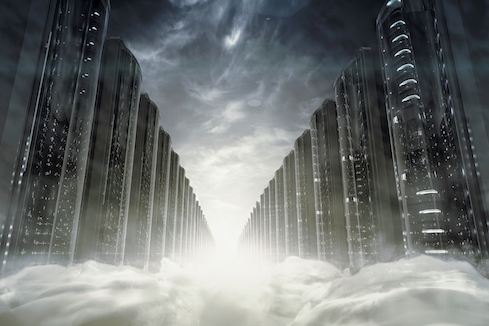 Accenture CIO Andrew Wilson is 2 years into a 3-year journey to put 90% of the company’s IT infrastructure into the cloud. Here’s how that cloud commitment helped accelerate a recent IT project.

Enterprises got some advice a few years ago about how to evolve their technology operations for a modern age. Market research and consulting firm Gartner said that CIOs should consider something called bimodal IT, an approach that let traditional IT continue its core functions, but also enabled investment in new technologies with a more Agile approach.

But some CIOs are taking a different approach, including Accenture CIO Andrew Wilson, who spoke with InformationWeek in an interview recently about his company’s digital transformation and aggressive moves to the cloud.

“I passionately believe that you don’t have to have this bifurcation of old and new,” Wilson said. “It’s a quantum range. It’s a continuum. Different services and capabilities will move along at different rates.”

Wilson believes that new technologies have helped older technologies evolve at Accenture, and recent projects are a case in point.

To be fair, not everyone embraced Gartner’s bimodal IT idea, even when it was introduced back in 2014. Gartner rival, Forrester Research, released a critique of the framework a few years ago, and analysts there said the practice set up IT organizations for unnecessary friction. Wilson joined Accenture four years ago to accelerate Accenture’s move to the cloud, and he believes that separating IT into two is not the right way forward.

“You can’t fundamentally operate two separate paradigms just because of the underlying technology of where you start,” Wilson said.

Currently about 85% of Accenture’s IT infrastructure is operating in the cloud, he said. But the move to the cloud initially was met with some resistance by those who had built the existing data center infrastructure. Wilson said they were concerned that the cloud would not be able to meet the savings or flexibility requirements that their data center was already delivering.