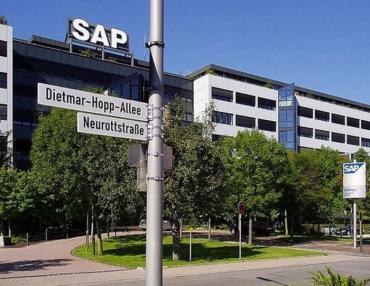 For Den, 2019 was the year his stories were SAP-tastic, but not always in a good way.

SAP 2019-Most of my 2019 content was focused on SAP. Whether jointly written with others or by myself, my top 10 stories were ALL SAP related. That should not be a surprise given what has unfolded at that company following the 2018 Qualtrics acquisition. A good number of my SAP stories have a very long tail suggesting that topics raised early on in the year remain relevant today.

While I was initially quite the fan of the Qualtrics acquisition, as the year rolled on, it became clear that there are two SAPs. The first is the company promoting X-O above everything else. The second is the customer and partner ecosystem which is much more focused on making the business case for S/4HANA, confused over 2025 end of life for ECC and other products, audits and the inevitable indirect access topic. Alongside, SAP has seen a drain of talent and many leadership changes.

2020 will be a defining year in the company’s storied history. The question in many people’s minds is in what shape will both SAP and its customers emerge in a year which holds the promise of significant positive change, the road to which is littered with potholes and cultural IEDs.

So, without further ado, I present my picks, based on the extent to which they garnered attention from the quarter million visitors who saw those SAP related stories.

1. SAP’s restructuring – Hunger Games, Game of Thrones or both?

It didn’t get off to a good start with a very messy RIF. That work remains incomplete with an estimated 2,500 out of the original 4,500 due to leave in 2020.

I said at the top of this post that the optics on this are terrible but let’s be clear, almost everyone who messaged me understands SAP’s need to get fitter not fatter.

Some of my reasons are rooted in a very practical view of outcomes and difficulties SAP may face. But then this is also the week that SAP huddles a bunch of analysts, including our own Jon Reed into a conference room in Utah to talk cloud. I don’t have any insight into what’s being said but if you’re one of the dev leadership – do you really want to be dealing with today’s fallout?

SAP is insistent that this is not a layoff and points to the opportunities elsewhere and on a global scale. But if your aim is to be cost fit then how attractive will those opportunities turn out to be? And exactly what do you say to those who are very clear that they are being laid off. There is no logical argument here.

2. SAP customers are revolting – here’s why

My top story appeared in March. Fast forward to this month and things are just as chaotic. Despite the lack of comment on the story, there was a mass of conversation on LinkedIn and Twitter around a variety of topics, some of which I am still fielding.